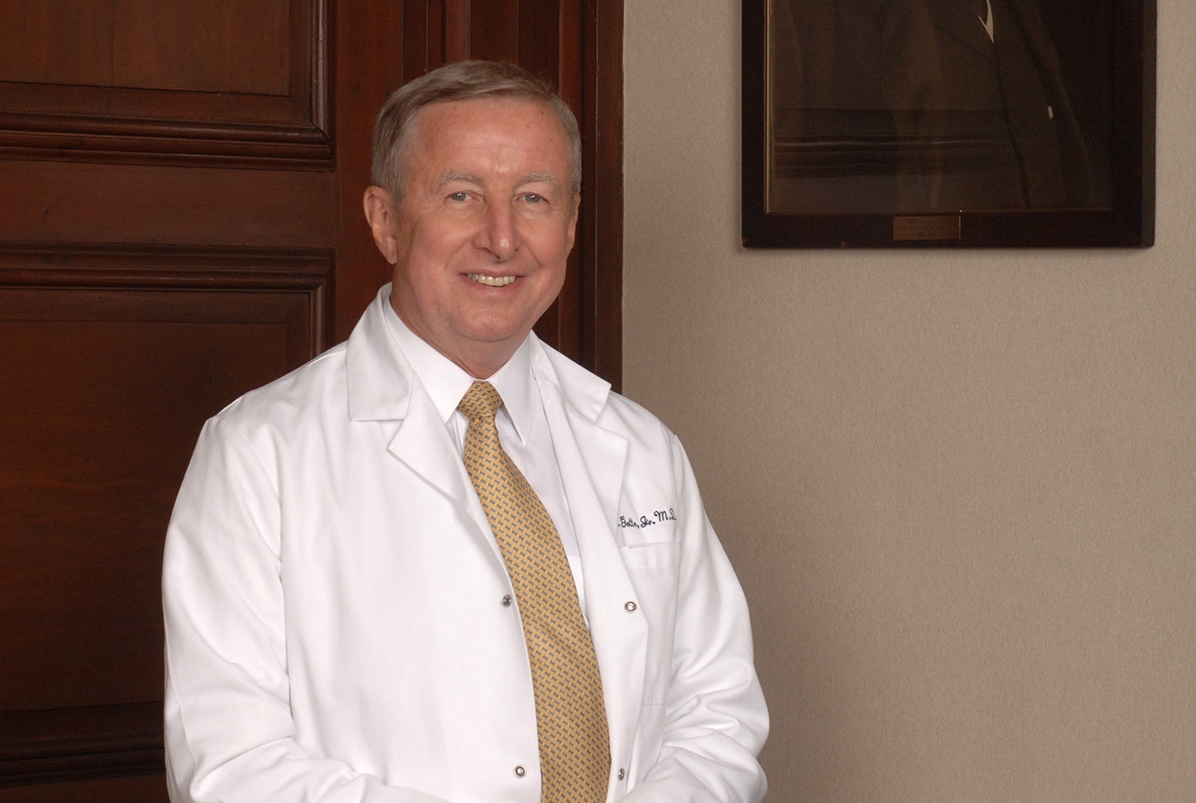 Adelino Guimaraes has worked at the Weill Cornell Medical College bookstore in some capacity since 1986, and in that time he has seen the school's logo stamped on just about anything that would hold ink. Now working as the store's manager, Guimaraes has made efforts to accommodate the changing tastes of today's students.

The latest addition—which Guimaraes created in conjunction with the office of Dr. Antonio M. Gotto Jr., dean of the Medical College, and Dr. Joseph Fins, chief of the Division of Medical Ethics—bears the Weill Cornell Medical College logo on the front of a shirt and the words of the recently revised Hippocratic Oath on the back. 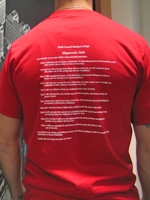 New T-shirts with the Hippocratic Oath printed on the back are now on sale at the Weill Cornell bookstore.

It was a conversation with a fourth-year medical student that initially inspired Guimaraes. The student kept mumbling something and when Guimaraes asked what he was muttering, he replied that he was trying to memorize the Hippocratic Oath. Guimaraes immediately began researching the ancient oath with the aim of screening it on a shirt.

"There were so many versions—short ones, long ones—that I didn't know which one to use," Guimaraes said.

As the practice and study of medicine has evolved, so too has the oath. Individual institutions and professional associations have revised and altered the Hippocratic Oath to suit the specific spirit and mission of their work. In 2005, Dean Gotto assembled a committee to determine if the Medical College's oath was in need of revision. Dr. Joseph Fins helped shape a new oath which was very well received at its debut at the 2005 commencement ceremonies. Dr. Fins has seen to it that proceeds from the sale of the T-shirt are donated to student financial aid.

"I'm delighted that some proceeds from the shirt will go to financial aid for students at Cornell and it's consistent with the mandate to 'instruct those who follow me in the science and the art of medicine,'" Dr. Fins said. "It's a way of putting the oath's words into deeds."

Guimaraes estimates that the bookstore has sold about 15 shirts since they first went on sale in mid-September. The T-shirts are priced at $17.98.

This was not Guimaraes' first T-shirt epiphany. About nine months ago, he came up with a shirt that read "Be Nice To Me. I Could Be Your Doctor Someday."

"That one was very popular," he says. "We ended up putting it on baby and toddler clothes."