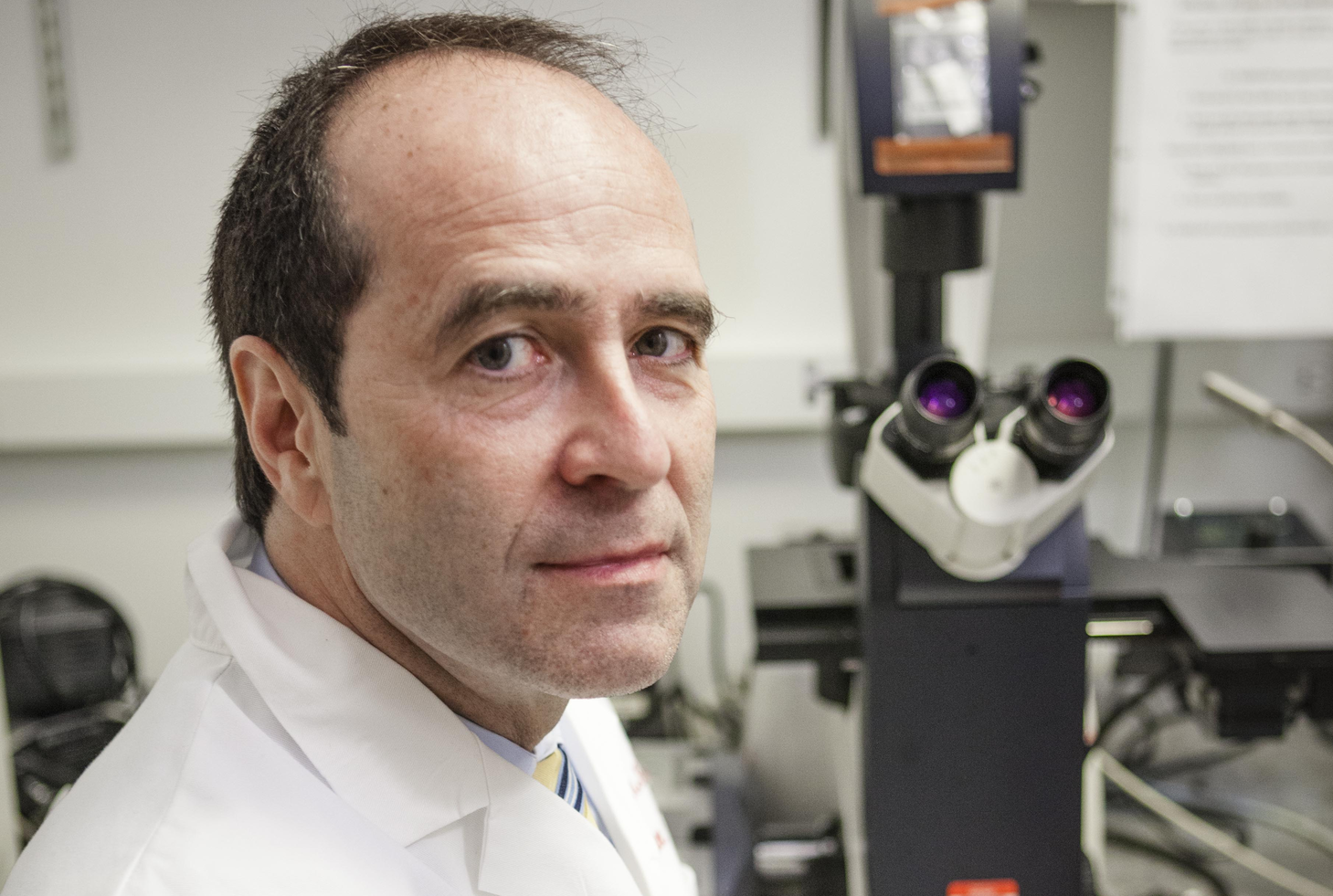 The Rab10 Protein Helps Regulate the Uptake of Glucose Into Cells, According to Weill Cornell Medical College Study

NEW YORK (April 3, 2007) — Scientists at Weill Cornell Medical College have identified a protein called Rab10 as an important partner in the insulin-mediated uptake of glucose by cells, opening the way to potential new drug targets for the prevention and treatment of type 2 diabetes.

Senior study author Dr. Timothy E. McGraw, professor of biochemistry at Weill Cornell Medical College, explains: "Glucose gets into muscle and fat cells assisted by a special transporter called GLUT4. In our study, when Rab10 was eliminated or its activity switched off, insulin was no longer able to properly trigger the recruitment of the GLUT4 glucose transporter to the surface of cells. The recruitment of GLUT4 to the cell surface increases glucose movement from the blood into cells, where the glucose is stored for future use. Thus, Rab10 is involved in the insulin regulation of blood glucose levels. A disruption in the regulation of blood glucose levels, a condition called 'insulin insensitivity', is a hallmark of type 2 diabetes, a disease that affects nearly 20 million Americans."

The finding, published in the April issue of Cell Metabolism, moves scientists one step closer to understanding how insulin signaling works and how insulin insensitivity someday might be prevented.

The glucose found in food is a main source of energy. The body uses complex mechanisms to maintain an ideal level of glucose in the blood. However, conditions such as obesity put such a strain on this system and cells no longer react as they should in the presence of insulin, the hormone that directs glucose uptake.

Because insulin sensitivity is so important, scientists have studied it for decades. "When it's working right, insulin, which is released from the pancreas after a meal, stimulates glucose uptake into fat and muscle cells, thereby lowering the blood glucose level," explains the study's co-lead author, Dr. Lorena Eguez, a postdoctoral fellow in the Department of Biochemistry at Weill Cornell. "That sounds like it should be simple, but researchers quickly learned that this messaging process involves many different molecules inside the cell," she says.

The main "switch" allowing for the influx of glucose into cells is the glucose transporter protein called GLUT4. "When it's not active, GLUT4 is sequestered in vesicles within the cell," according to Dr. McGraw. "In healthy non-diabetics, insulin sets off a chain of biochemical signals that releases GLUT4 to the cell surface. Once there, it forms a kind of 'gate' through which glucose can enter the cell."

Other players have emerged in this process, however. "One co-author on this paper, Dr. Gustav Lienhard, of Dartmouth Medical School, had recently discovered that another protein, called AS160, has a role in insulin signaling to the GLUT4 glucose transporter," Dr. McGraw says. "We knew that AS160 worked on a family of enzymes called rab proteins, so the next logical question was — which rab?"

That question has now been partially answered. In their experiments using cell cultures, Dr. McGraw's team discovered that cells engineered to lack the Rab10 protein suffered an immediate decline in insulin sensitivity.

"Rab10 now appears to be another key middleman in the insulin-GLUT4 relationship," Dr. McGraw says. "This discovery gives us one more link in the cellular chain of events linking insulin signaling and the regulation of glucose transport. These results might eventually lead to a better understanding of insulin-resistance and type 2 diabetes."

"Much more work needs to be done," Dr. McGraw cautioned. "However, the identification of AS160 and now Rab10 means that the potential number of therapeutic drug targets to prevent or treat insulin resistance will continue to expand."

This study was funded by grants from the U.S. National Institutes of Health.

Weill Cornell Medical College — located in New York City — is committed to excellence in research, teaching, patient care and the advancement of the art and science of medicine. Weill Cornell, which is a principal academic affiliate of NewYork-Presbyterian Hospital, offers an innovative curriculum that integrates the teaching of basic and clinical sciences, problem-based learning, office-based preceptorships, and primary care and doctoring courses. Physicians and scientists of Weill Cornell Medical College are engaged in cutting-edge research in such areas as stem cells, genetics and gene therapy, geriatrics, neuroscience, structural biology, cardiovascular medicine, AIDS, obesity, cancer and psychiatry — and continue to delve ever deeper into the molecular basis of disease in an effort to unlock the mysteries behind the human body and the malfunctions that result in serious medical disorders. Weill Cornell Medical College is the birthplace of many medical advances — from the development of the Pap test for cervical cancer to the synthesis of penicillin, the first successful embryo-biopsy pregnancy and birth in the U.S., and most recently, the world's first clinical trial for gene therapy for Parkinson's disease. Weill Cornell's Physician Organization includes 650 clinical faculty, who provide the highest quality of care to their patients. For more information, visit www.med.cornell.edu.
Andrew Klein
ank2017@med.cornell.edu