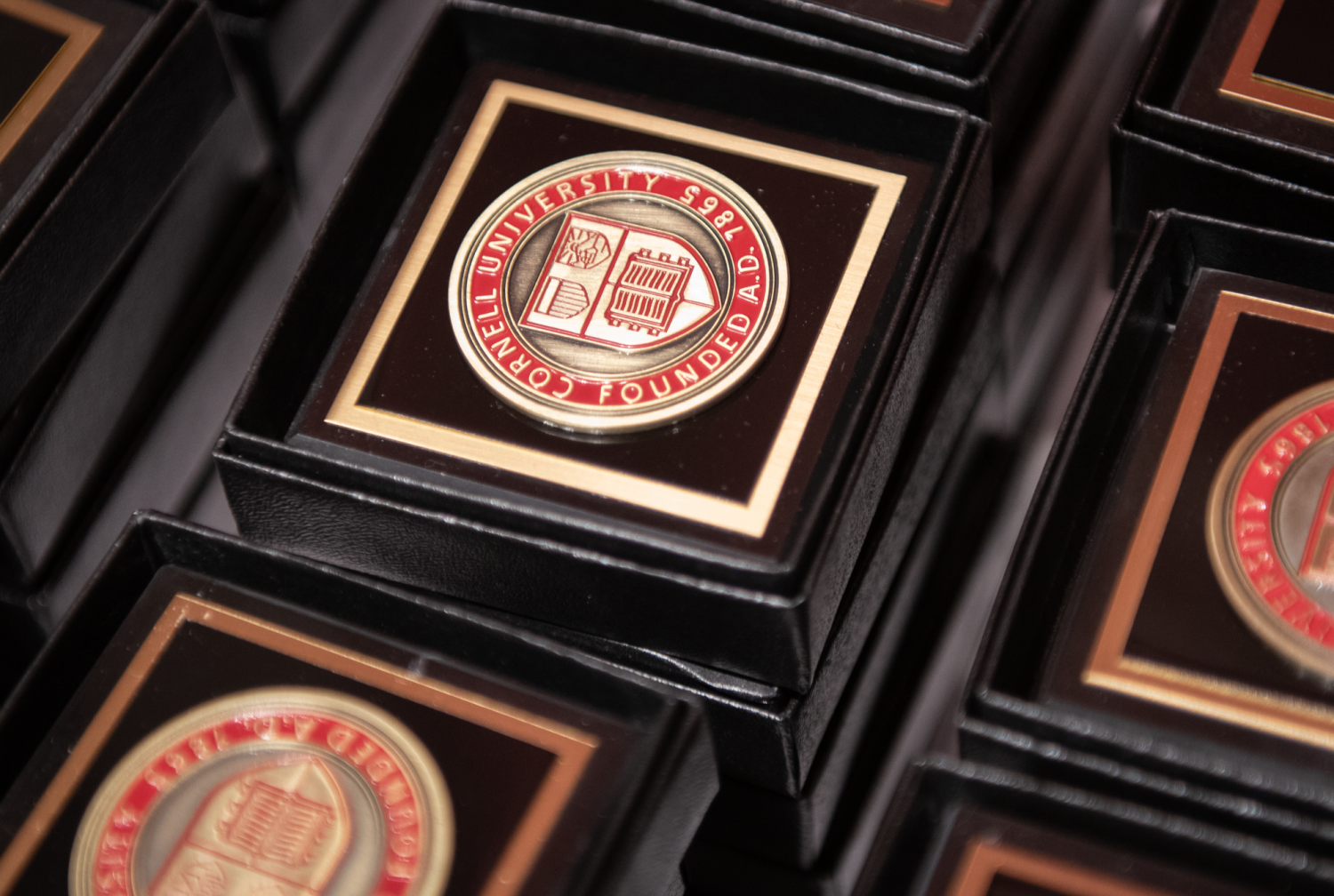 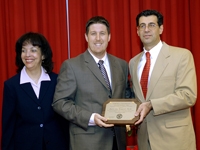 On May 17, Weill Graduate School of Medical Sciences of Cornell University presented five awards to 26 graduates and students during the school's Convocation ceremonies, the largest in the school's history.

"Our growth has been spectacular, and as a result, our awards have also increased," Dr. David Hajjar, dean of the Graduate School, said. "Life is not all about awards, but we recognize students for the superb job they have done."


This year the Graduate School conferred 12 Masters of Science degrees and 39 Doctorates of Philosophy. Collectively the class has published more than 60 papers in scientific journals. 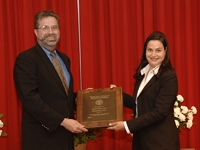 "Our goal is for our students to perform at the highest levels of scholarship and this class exemplifies that paradigm," said Dr. Joel Pardee, associate dean of the Graduate School.

During the ceremony, Dean Hajjar introduced the class's Commencement speaker, Barry Jay Kappel, calling his work at Weill Cornell "nothing short of remarkable," with significant clinical contributions in immunology.

Kappel's work has resulted in eight published manuscripts and 15 research papers. During his time at Weill Cornell, Kappel twice won the du Vigneaud Award for research and in 2001 was honored with a Howard Hughes Medical Institute Predoctoral Fellowship, the first such award in the Graduate School's history.

The ceremony also featured Dr. Emilio Emini, a 1980 graduate of the Graduate School, was honored with the Alumni Award of Distinction. Dr. Emini is considered one of the world's foremost researchers in the field of infectious disease and AIDS vaccination, and his career includes work for pharmaceutical companies Merck and Wyeth, and the International AIDS Vaccine Initiative. 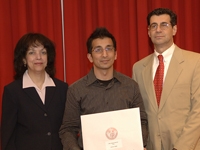 "You all stand at a time when you cannot imagine where you'll be in 10 years, but I can tell you that it will be an exciting journey because it's an exciting time for science," said Dr. Emini. "The world continues to fundamentally change, and you are going to drive a lot of that change." 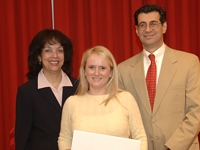 Andrea Hooper, a recipient of a du Vigneaud Prize.

Piraye Yurttas, "Elucidation of the Role of PADI6 and the Oocyte Cytoplasmic Lattices in Early Embryonic Development." (Professor Scott Coonrod) 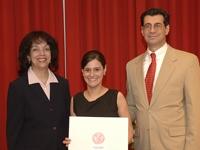 Cristina Fernandez, a recipient of a du Vigneaud Award of Excellence.

Karl A. Merrick, "Defining the Roles of the CDK7 During the Cell Cycle with Chemical Genetics." (Professor Robert P. Fisher)