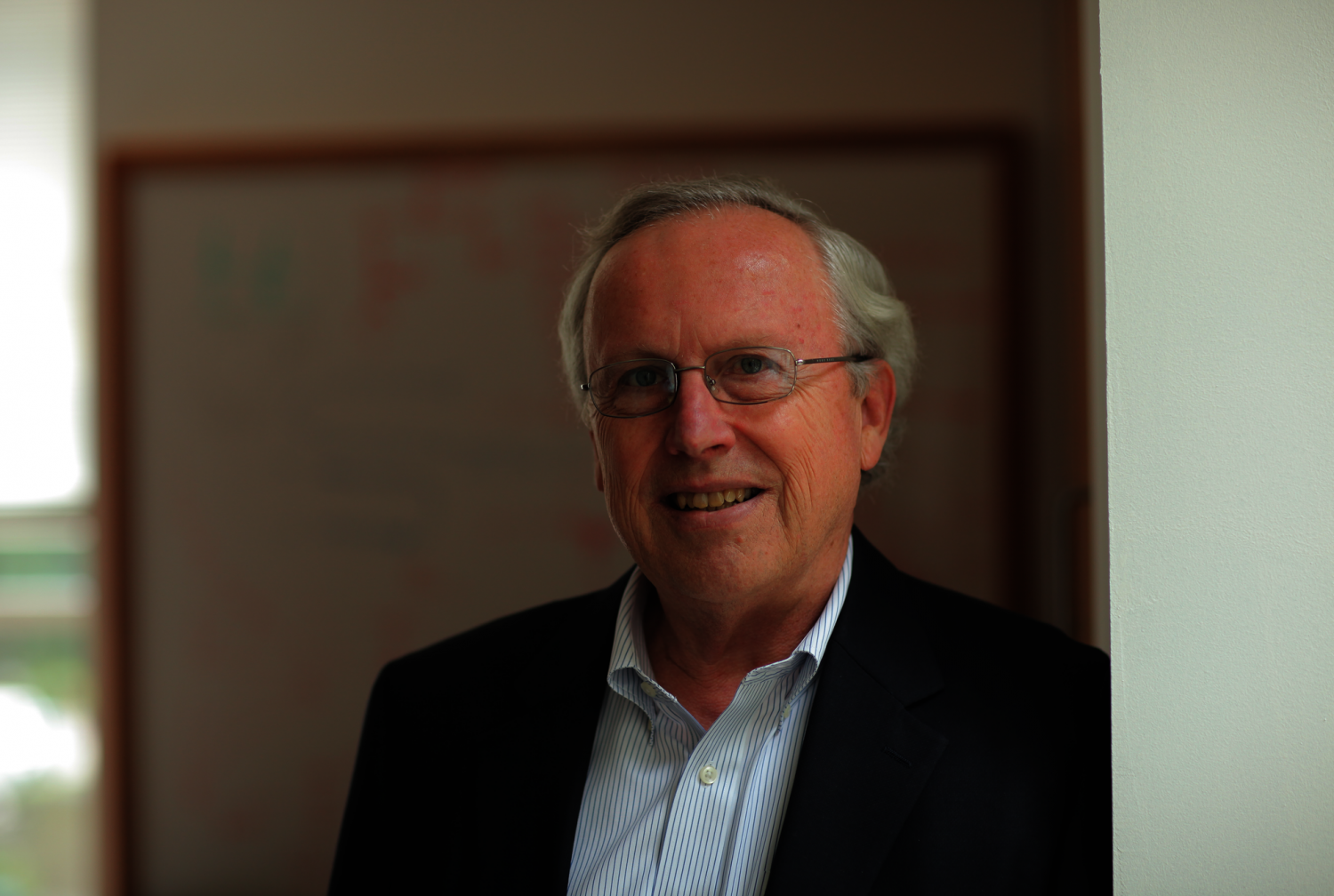 $2.8 Million Grant Will Further Research into Cellular Transport, with Potential Applications for Wide Range of Diseases

NEW YORK (April 14, 2006) — Renowned for his breakthrough discoveries in intracellular trafficking, Weill Medical College of Cornell University biochemist Dr. Frederick R. Maxfield has been chosen by the National Institute of Diabetes and Digestive and Kidney Diseases (NIDDKD) to receive an NIH Method to Extend Research in Time (MERIT) Award.

The $2.8 million five-year research grant will support Dr. Maxfield's pioneering efforts to better understand the ways in which cell receptors, transporters, lipids and other key molecules move within and between cells. Since this type of basic science lies at the heart of normal and abnormal cell function, it holds great potential in furthering our understanding and treatment of disease.

"I congratulate Dr. Maxfield, whose important work has already yielded key insights into intracellular trafficking and its role in maintaining the health of cells and — when things go wrong — in fostering illnesses such as heart disease and diabetes, among others," says Dr. Antonio M. Gotto Jr., dean of Weill Cornell Medical College.

Dr. Maxfield's lab develops and uses cutting-edge optical and biophysical tracking techniques to study relationships between key molecules interacting outside and inside the cell.

"This focus on 'endocytic trafficking' helps us understand how nutrients and other compounds get into cells, first of all, and then how they move around inside the cell once they get there," Dr. Maxfield explains. "I sometimes describe it as a microscopic 'mass-transit system' that ferries a variety of cargoes to different destinations, all guided by complex signals."

Dr. Maxfield's work has already yielded important insights into the activity of LDL ("bad cholesterol") lipoprotein receptors, as well as transferrin receptors lying on the cell surface. His lab has also used natural fluorescent sterols to track the movement of key molecules — including cholesterol — within cells.

"This grant — a five-year renewal of a previous NIH award, with a streamlined review for an additional five years — will further research in these and other areas," Dr. Maxfield says. "Obviously, a better understanding of cholesterol uptake and transport by cells has implications for atherosclerosis and cardiovascular disease. There is growing recognition that cholesterol levels play an important role in other diseases ranging from diabetes to Alzheimer's, and our research will contribute to a better understanding of these diseases."

"It's hard to overestimate the importance of Dr. Maxfield's research and its promise — both in terms of basic science and innovations in medicine at the bedside. He's a superb scientist," says Dr. David P. Hajjar, Rhodes Professor, dean of Weill Cornell Graduate School of Medical Sciences, and vice provost/executive vice dean of the Medical College.

NIDDKD is part of the U.S. National Institutes of Health, the Federal government's primary agency for biomedical and behavioral research. NIH established the MERIT Award in 1986 to provide extended grant support to investigators whose research competence, productivity and scientific contributions are distinctly superior. NIH is a component of the U.S. Department of Health and Human Services.


Dr. Frederick R. Maxfield
Dr. Maxfield received his Ph.D. in Chemistry from Cornell University. In 1979, he joined the faculty of New York University School of Medicine in the Department of Pharmacology. From 1987 to 1995, he was professor of pathology and physiology at Columbia University's College of Physicians and Surgeons. Dr. Maxfield moved to Weill Cornell Medical College in 1995, as the Israel Rogosin Professor and chairman of the Department of Biochemistry. He is also co-chair of the Biochemistry and Structural Biology Program at Weill Graduate School of Medical Sciences of Cornell University.


The Joan and Sanford I. Weill Medical College
The Joan and Sanford I. Weill Medical College of Cornell University — located in New York City — is committed to excellence in research, teaching, patient care and the advancement of the art and science of medicine. The Medical College offers an innovative curriculum that integrates the teaching of basic and clinical sciences, problem-based learning, office-based preceptorships, and primary care and doctoring courses. Physicians and scientists of Weill Cornell Medical College are engaged in cutting-edge research in such areas as stem cells, genetic medicine, neuroscience, biochemistry and structural biology, cardiovascular disease, AIDS, cancer and psychiatry — and continue to delve ever deeper into the molecular basis of disease in an effort to unlock the mysteries behind the human body and the malfunctions that result in serious medical disorders. Weill Cornell is the birthplace of many medical advances — from the development of the Pap test for cervical cancer to the synthesis of penicillin, the first successful embryo-biopsy pregnancy and birth in the U.S., and most recently, the world's first clinical trial for gene therapy for Parkinson's disease. Weill Cornell's Physician Organization includes 650 clinical faculty who provide the highest quality of care to patients.
Leslie Greenberg
leg2003@med.cornell.edu