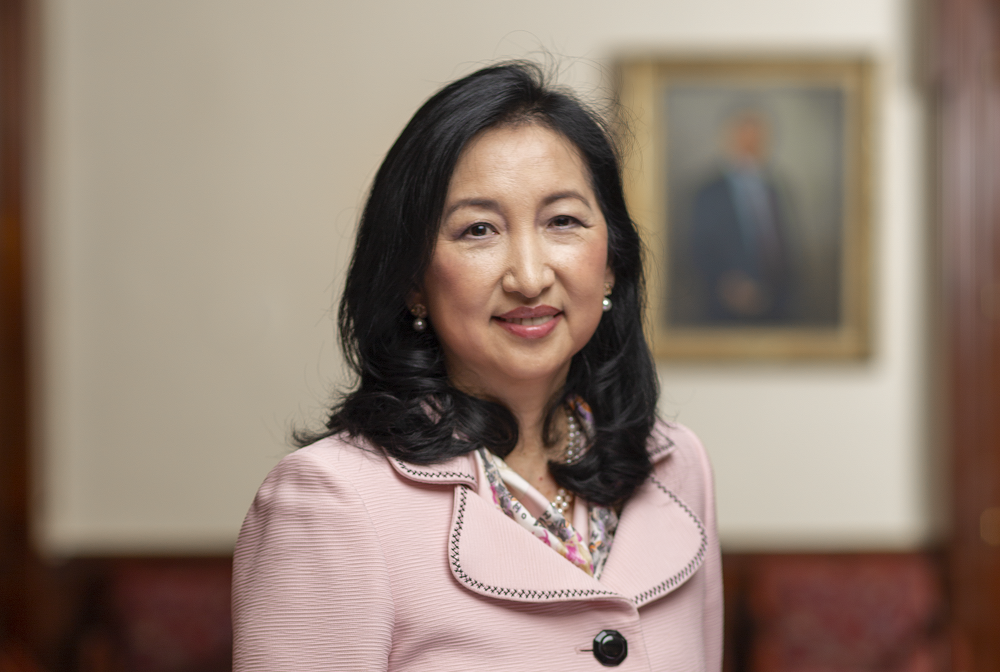 Dr. Mary E. Choi, a professor of medicine at Weill Cornell Medicine, has been elected president of the Korean American Medical Association (KAMA).

“I’m really excited and honored to have this opportunity to serve as the president of KAMA for 2020,” said Dr. Choi, who is also a nephrologist at NewYork-Presbyterian. “Most families in the United States emigrated from another country at some point, and I think most of us feel our heritage is an important part of who we are.”

Dr. Choi’s family left Korea when she was 8 years old, moving first to Jamaica, then settling five years later in rural Kansas, where, unlike in the big cities, there were no other Korean families residing at that time. Following in the footsteps of her father, who was also a physician, Dr. Choi received her medical degree from the University of Kansas School of Medicine. She completed residencies at the University of California San Francisco and the San Francisco VA Medical Center and Duke University Medical Center. Dr. Choi was a clinical and research fellow in nephrology at the Johns Hopkins School of Medicine. At Weill Cornell Medicine, Dr. Choi’s NIH-funded research focuses on the cellular and molecular mechanisms of kidney injury and chronic kidney disease.

“Dr. Choi is a very accomplished physician, and we are incredibly fortunate to have someone of her stature lead our organization as president,” said Dr. John H. Won, chairman of KAMA’s Board of Directors, who nominated Dr. Choi for the presidency. “One of my goals as board chair has been to ensure that KAMA’s leadership reflects the gender makeup of the Korean American medical community. As president, Dr. Choi will serve as a role model and help empower Korean American women physicians to become more involved in our organization.”

Dr. Choi has been an active member of KAMA for several years, spearheading initiatives aimed at promoting women in medicine and mentoring young Korean American trainees. As a member of KAMA’s Executive Committee, Dr. Choi in 2017 initiated the formation of the association’s Women in Medicine group, which organizes a session during the annual convention aimed at advancing the careers of Korean American women studying and practicing medicine. She also played a key role in the development of KAMA’s Korean American Residents and Fellows Association, thereby filling a gap in membership between a previously established student association called KAMSA and the physician association itself.

“Students, residents and fellows represent the future,” Dr. Choi said. “They are the eventual leaders of the medical community, so to have their involvement in the organization, and mentoring them, is a passion of mine.”

In her term as president of KAMA, Dr. Choi also aims to advance the organization’s mission to mentor and support female Korean American students, trainees and early career physicians. This goal is reflected in the theme for the 2020 KAMA Scientific Convention—2020 Vision for Diversity, Innovation, Cure—that will take place in Seoul and is one of the association’s highlights of the year.

“Diversity comes first because one of my priorities is promoting women in medicine, and particularly for Korean Americans,” Dr. Choi said. “I think there are some cultural differences, and women in medicine still greatly lag in leadership positions in Korea, and in the United States as well. I’d like to raise awareness of this issue during my term and I’m passionate about advancing the careers of all women in medicine through mentorship and mutual support.”