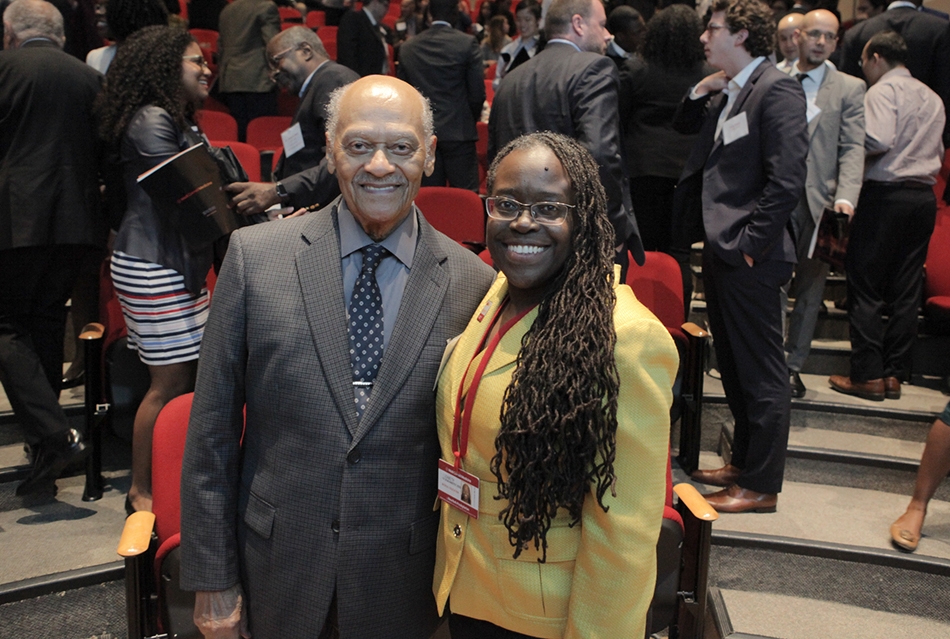 Dr. Elizabeth Wilson-Anstey has been a champion of diversity in academic medicine for more than 40 years, dedicating her career at Weill Cornell Medicine to supporting generations of aspiring minority doctors and scientists. As a tribute to that enduring dedication, Weill Cornell Medicine on Oct. 6 announced that it has created a new lectureship in Dr. Wilson-Anstey’s name.

“Liz embodies excellence in diversity in academic medicine,” Dr. Choi said. “Four decades of Travelers classes have benefited from her warmth, compassion and energy. Without her, the Travelers program would not have been the same.”

Now assistant dean of diversity and student life, Dr. Wilson-Anstey joined Weill Cornell Medicine in 1976 as a senior administrative secretary in the Office of Minority Affairs. In 1983 she became an administrative manager in the Office of Student Affairs, rising to assistant dean for student affairs in 2003. In those roles, she has counseled students—particularly those who come from groups underrepresented in medicine—and organized student events to enrich their experiences at Weill Cornell Medicine, overseen community service programs, and helped recruit new, diverse cadres of aspiring doctors to come to the institution for their medical education.

Through it all, Dr. Wilson-Anstey has been deeply involved in Travelers, which annually offers 25 premedical students from groups historically underrepresented in medicine with up-close views of science and medicine. Participants engage in research opportunities, faculty shadowing, science lectures and small-group discussions on topics such as improving the wellbeing of underserved populations and addressing health disparities. Dr. Wilson-Anstey wrote her dissertation for her doctorate in education on the effectiveness of the program.

“I was completely stunned,” Dr. Wilson-Anstey said of the lectureship. “This was the furthest thing from my mind. Travelers means the world to me. I am humbled beyond words by this wonderful honor and so grateful. Dean Choi is a champion of advancing diversity in medicine, so to have this originate with him makes the honor all the more special.”

Dr. Linnie Golightly, associate dean of diversity and inclusion at Weill Cornell Medicine, was instrumental in establishing the lectureship. “Dr. Wilson-Anstey has played an enormously important role in furthering diversity here,” Dr. Golightly said, “and this lectureship is a reflection of the great respect she is held in at Weill Cornell Medicine.”

Dr. Wilson-Anstey, who was recently invited to the University of Utah to provide counsel on how it can start a program similar to Travelers, spoke of the “sheer joy and emotion” at the anniversary, which brought together 175 Travelers alumni, supporters, and current and former leaders, including its founder, Dr. James Curtis. “To think that our program has linked these outstanding physicians and researchers in such a profound way is truly moving,” she said. “Today, students tell me that they get so much from the program, they value the confidence they gain to pursue their dreams. That is a reward in itself. But to have this wonderful surprise on top of it is a remarkable blessing.”