Dr. Riley to Lead NewYork-Presbyterian Alexandra Cohen Hospital for Women and Newborns, Set to Open in 2020 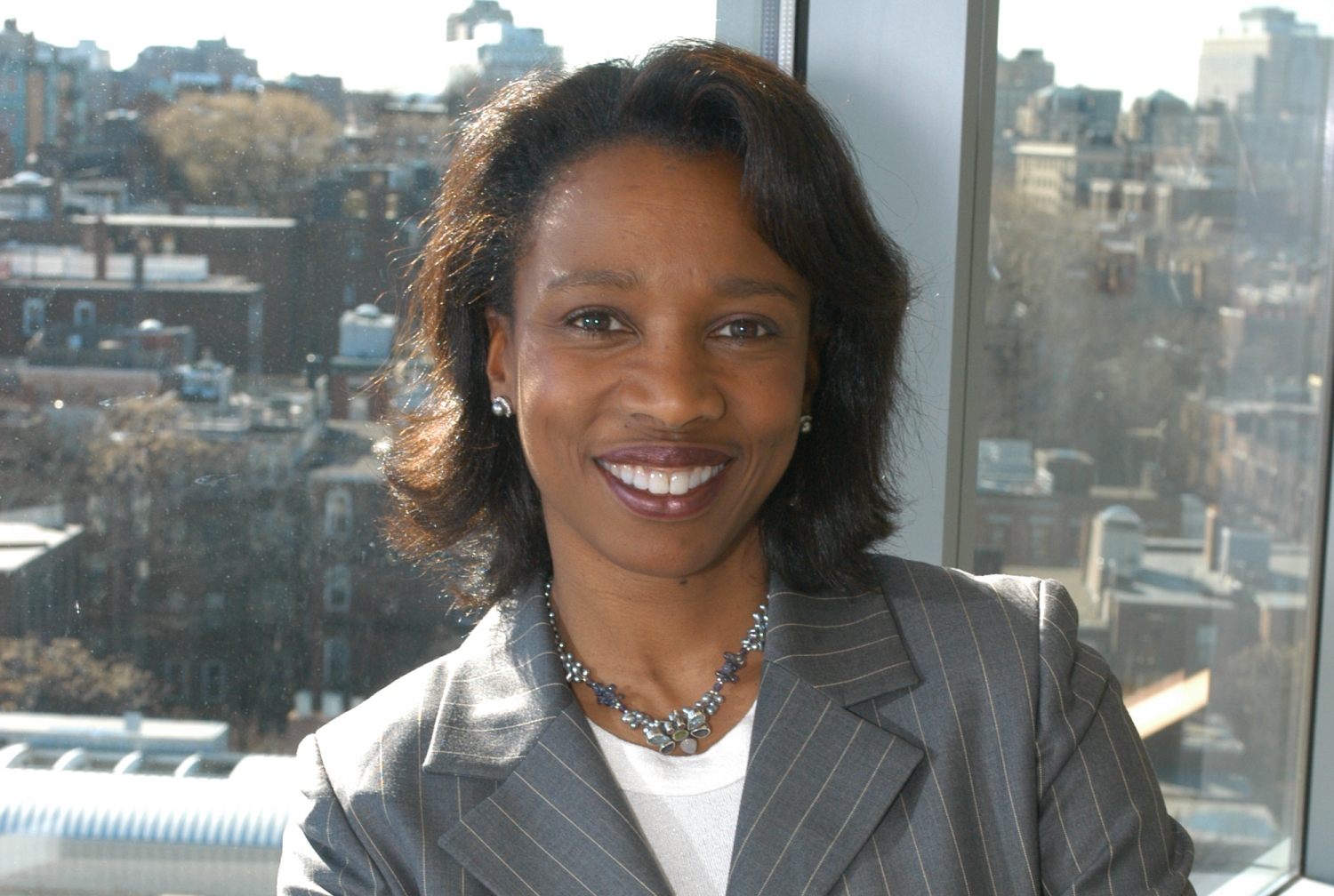 Dr. Riley will oversee one of New York City’s busiest labor and delivery units, which currently delivers approximately 5,000 babies a year and will have the capacity for 7,000 deliveries when the NYP Cohen Hospital opens across the street from the main NewYork-Presbyterian/Weill Cornell campus at 68th Street.

Dr. Riley, a practicing maternal-fetal medicine specialist, currently serves as vice chair of obstetrics and medical director of labor and delivery at Massachusetts General Hospital. Dr. Riley is also the Charles Montraville Green and Robert Montraville Green Associate Professor of Obstetrics, Gynecology and Reproductive Biology at Harvard Medical School. An internationally recognized expert on obstetrics infectious diseases, Dr. Riley specializes in the treatment of expecting mothers whose pregnancies are high risk due to chronic illness or infectious disease, such as HIV. She also works with the Centers for Disease Control and Prevention, U.S. Department of Health and Human Services and the American College of Obstetrics and Gynecology to develop practice guidelines for pregnancy care of women with Group B strep—a bacterium that can live in the rectum or vagina and can be transmitted to newborns—Zika, Ebola and influenza viruses.

“Dr. Riley is a highly accomplished physician-researcher, a clinical innovator and a leader in women’s health,” said Dr. Augustine M.K. Choi, the Stephen and Suzanne Weiss Dean of Weill Cornell Medicine. “I am thrilled that she will lead the Department of Obstetrics and Gynecology in recruiting and nurturing top talent, introducing clinical and research innovations, and educating the next generation of physicians who will promote women’s health.”

“We are delighted to welcome Dr. Riley to NewYork-Presbyterian,” said Dr. Steven J. Corwin, president and CEO of NewYork-Presbyterian. “Dr. Riley is a highly respected physician, researcher, and leader, who is committed to providing the highest quality care to pregnant women and their newborn babies and mentoring the next generation of physicians who will advance women’s healthcare. We look forward to her leadership at NewYork-Presbyterian/Weill Cornell Medical Center.”

“For me, this is a dream come true,” Dr. Riley said. “Weill Cornell Medicine and NewYork-Presbyterian provide outstanding care. This role gives me an opportunity to build an even more exceptional clinical service and mentor junior faculty as they progress in their careers. As an underrepresented minority physician-leader, it demonstrates that there are no limits to advancing in medicine.”

In her new role, Dr. Riley will lead the Department of Obstetrics and Gynecology, which encompasses the divisions of General OB/GYN, Benign Gynecology, Gynecologic Oncology, Maternal-Fetal Medicine, Urogynecology, OB/GYN Ultrasound, and Antepartum Fetal Testing, and collaborate closely with the Ronald O. Perelman and Claudia Cohen Center for Reproductive Medicine. Dr. Riley is committed to building upon the department’s reputation of clinical excellence while shepherding it into the next stage of innovation in women’s healthcare delivery.

Much of that work will focus on the NYP Cohen Hospital, which will provide compassionate, personalized care to pregnant women, newborn babies and their families. When it opens in 2020, the hospital will be the first of its kind in the tri-state area. The 220,000-square-foot facility will feature 75 private rooms and well-baby bassinets, 60 neonatal intensive care bassinets, 16 labor and delivery rooms, five cesarean section operative suites and 20 maternal critical assessment treatment unit rooms. The NYP Cohen Hospital will offer state-of-the-art imaging, with 15 ultrasound rooms and MRI capabilities. It will also have an operating room within the neonatal intensive care unit—a first for New York City.

Dr. Riley, who helped build Mass General’s labor and delivery service in the 1990s, will expand the department to realize the NYP Cohen Hospital’s mission. She will recruit a cadre of exceptional physicians who, together with the existing team, will strive to deliver care that is safe, efficient and aligned with the patients’ needs and preferences.

“I love walking around the NYP David H. Koch Center, looking at how thoughtful people were in considering patients and their families,” Dr. Riley said. “I’m thrilled to get started building this fantastic new service for women.”

“These campuses offer a huge opportunity to conduct research,” she said. “Having some 8,000 deliveries will allow us to investigate clinical outcomes in a meaningful way that can transform women’s healthcare for the future.”

Dr. Riley will also strengthen the department’s education and training programs to nurture the next generation of obstetricians and gynecologists—particularly those who hail from groups that are underrepresented in medicine. A champion of mentorship, Dr. Riley will continue her work guiding junior faculty, trainees, and medical, undergraduate and high school students to inspire them and help advance their careers in science and medicine.

A Boston native, Dr. Riley is a board-certified maternal-fetal obstetrician with expertise in high-risk pregnancies, particularly those with infectious disease complications. Dr. Riley’s research focuses on infection and the causes of fever during labor, as well as the utilization of the influenza vaccine in pregnant women. She has published 30 original studies in peer-reviewed journals such as Obstetrics & Gynecology, the American Journal of Obstetrics & Gynecology and the American Journal of Preventive Medicine, and has contributed 19 book chapters and monographs. Dr. Riley has also has written two books on pregnancy for consumers, “You and Your Baby: Pregnancy” and “You and Your Baby: Healthy Eating During Pregnancy.”

Dr. Riley has been recognized with several awards and honors, including the AK Goodman Faculty Mentoring Award and the Brian McGovern Award for Clinical Excellence from Massachusetts General Hospital. She has authored numerous guidelines providing standards of care for obstetrician/gynecologists in the United States in her role as chair of the American College of Obstetricians and Gynecologists’ Immunization Expert Workgroup as well as its Committee on Obstetric Practice. Dr. Riley is also the past president of the Society for Maternal-Fetal Medicine.

She received her Bachelor of Science degree in biology from Harvard University in 1981 and her medical degree from the University of Pittsburgh School of Medicine in 1985. Dr. Riley remained at the University of Pittsburgh for her residency in obstetrics and gynecology from 1986 to 1989 before completing a fellowship in maternal fetal medicine at Brigham and Women’s Hospital in Boston in 1991. She then became an assistant professor of obstetrics, gynecology and reproductive biology at Boston University School of Medicine and began a fellowship in infectious disease at Boston University Medical Center. There she focused on women with HIV as the epidemic began to manifest in that population. Dr. Riley returned to Harvard Medical School in 1995 and rose through the ranks to become the Charles Montraville Green and Robert Montraville Green Associate Professor of Obstetrics, Gynecology and Reproductive Biology in 2016. She also held the positions of vice chair of obstetrics, medical director of labor and delivery, and director of obstetrics and gynecology infectious disease at Massachusetts General Hospital.