A Passionate Global Health Advocate Since Serving in the Peace Corps, Dr. Grace Sun, MD ’05, Assistant Professor of Ophthalmology, Leads a Weill Cornell Medicine Program that has Restored Sight to Thousands in Tanzania 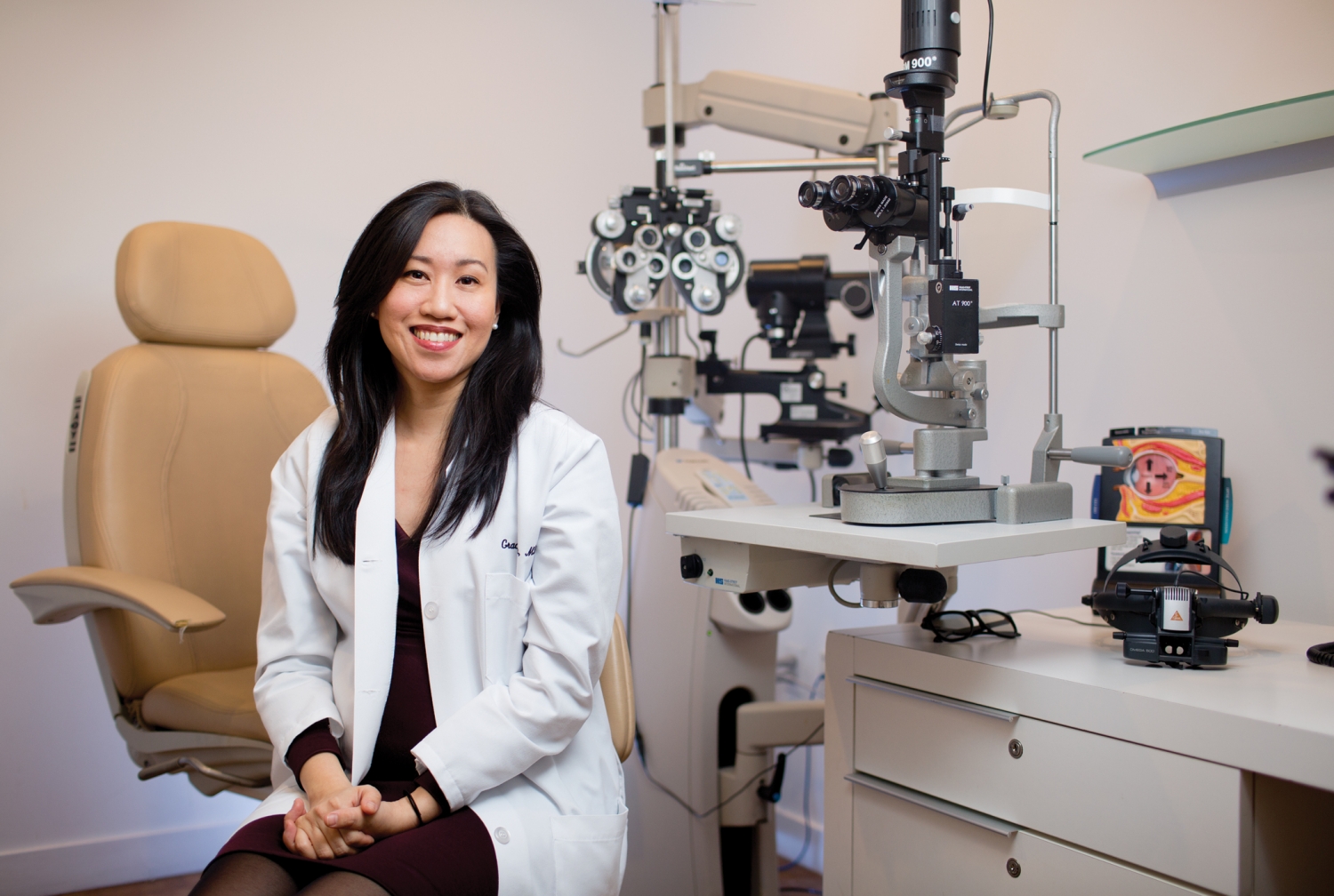 In college, I wasn’t certain that I wanted to become a physician. But as a Peace Corps volunteer, I worked as a community health promoter in a small village in Nicaragua and realized that I could have a real impact on people’s lives. One of the main reasons I chose Weill Cornell Medical College was its strong global health program, and that remains a big part of what I do. Worldwide, there are about 37 million people who are blind—who can’t see the big ‘E’ on the chart—and 250 million who are visually impaired. Eighty percent of those cases are reversible. So in 2008, I helped start Weill Cornell’s East African Eye Care Project. We travel to Tanzania twice a year and teach medical students, residents and young ophthalmologists, working alongside them as we take care of patients. In the last few years, we’ve operated on over 1,000 people and screened three to four times that many.

“Tanzania is a country of 50 million people, but there are only 40 ophthalmologists. Many Tanzanians go blind from cataracts because of inadequate eye care, yet we can address those issues in a 10-minute surgery. You really give people their lives back. In Tanzania, if you’re blind, not only can you not care for yourself, but you take another person out of the workforce—or a child out of school—to take care of you. When we remove the patch after surgery, people are sometimes in disbelief: they can see color and their family members’ faces. It’s joy and laughter and tears. I have a wonderful video of a woman who’s just dancing after her cataract surgery, thrilled to be able to see again.

“I remember one patient clearly: a grandmother in her 70s who had an amazing smile. She was blind from cataracts and couldn’t feed herself or provide for her family. When we came back a few months after operating on her, we couldn’t find her. It turned out she was out in the fields, herding cattle—she was working again. That’s a powerful story of how a simple procedure can change someone’s life. It’s humbling. It rejuvenates your spirit and reminds you why you went into medicine. People come in using walking sticks, guided by a family member; at the end of our time in Tanzania, we have a collection of branches and sticks they no longer need. And that’s just incredible.”

This story first appeared in Weill Cornell Medicine, Vol. 17. No. 1

We Are Weill Cornell Medicine