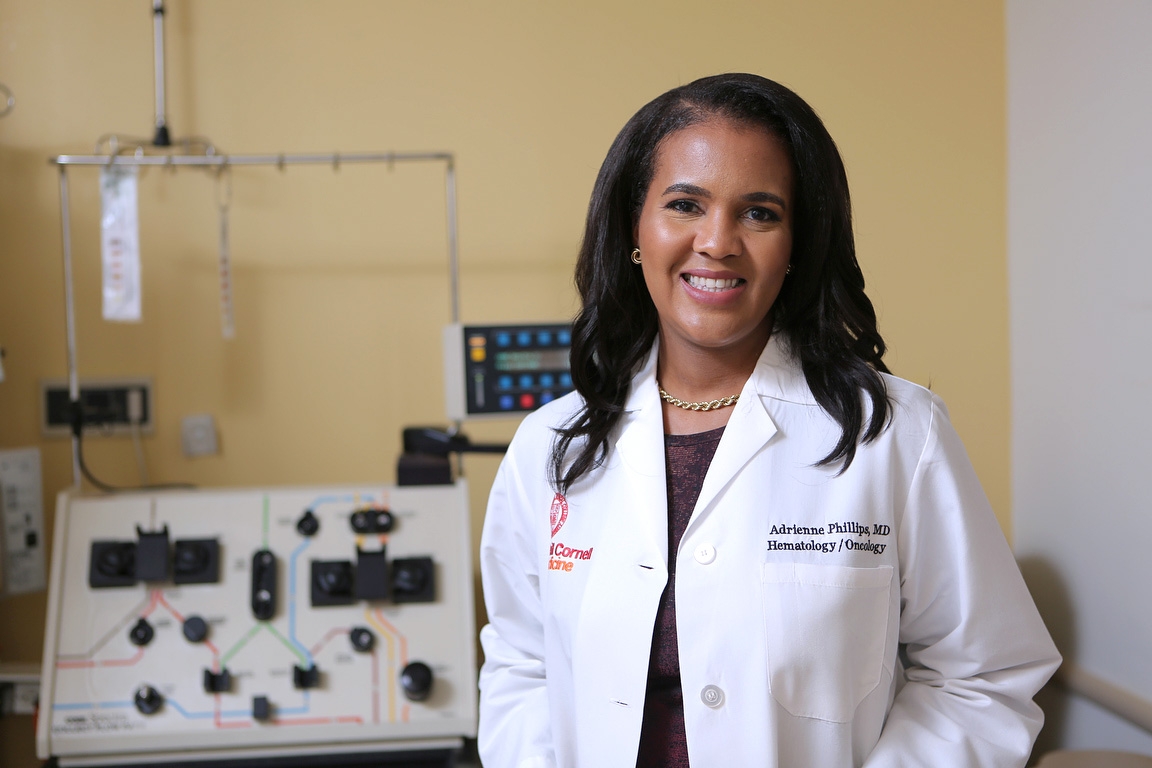 A third-generation physician with family roots in Barbados, Dr. Phillips, an assistant professor of medicine, focuses her research and clinical practice on a deadly blood cancer that disproportionally strikes Caribbean natives.

“I was a competitive figure skater growing up, and I think that discipline—practicing at 5 a.m. before school—has stuck with me. I remember working hard to learn a jump called an axel; I fell and broke my arm and was very frustrated, but I’ll never forget the first time I landed it in competition. It taught me to be persistent—and that applies to my career, as I’ve faced challenges in my research. I am a medical oncologist and hematologist specializing in bone marrow and stem cell transplant, and I study adult T-cell leukemia/lymphoma, an aggressive blood cancer; on average, patients with this type of cancer survive less than a year. It’s caused by a virus that’s endemic in the Caribbean, where about 20 million people carry it, though less than 5 percent get the disease. Some of my research has been on its epidemiology, studying the Caribbean-American population in Brooklyn, and conducting clinical trials of a number of novel therapies, including immunotherapy. The published statistics on the disease unfortunately haven’t improved, but I can count a handful of cases where when a patient’s prognosis was less than a year yet they lived as long as five—so I do feel that I’m helping my patients live longer. Serving the Caribbean population in New York, I’ve developed strong relationships, not just with patients but their family members. I think it’s important to them that I’m someone who understands their culture, who looks like them, who understands what they’ve been through. Even though I’m practicing in New York, I’m treating patients who immigrated here looking for better lives—just like my grandfather, who came from Barbados to attend City College before going to medical school. My family has given me strong role models, particularly female ones. My mother is an oncologist who was president of the American Medical Women’s Association of New Jersey; my grandmother was the first superintendent of Provident Hospital, which was the all-black hospital in Baltimore, and she was dedicated to training black physicians and nurses and providing care to minority patients. Both of them modeled strength for me—not just professionally, but in their devotion to community. That’s my family’s legacy.”

Using the social media hashtag, #WeAreWCM, read more stories to discover the faces behind the medicine and how they are paving the future for innovative healthcare.