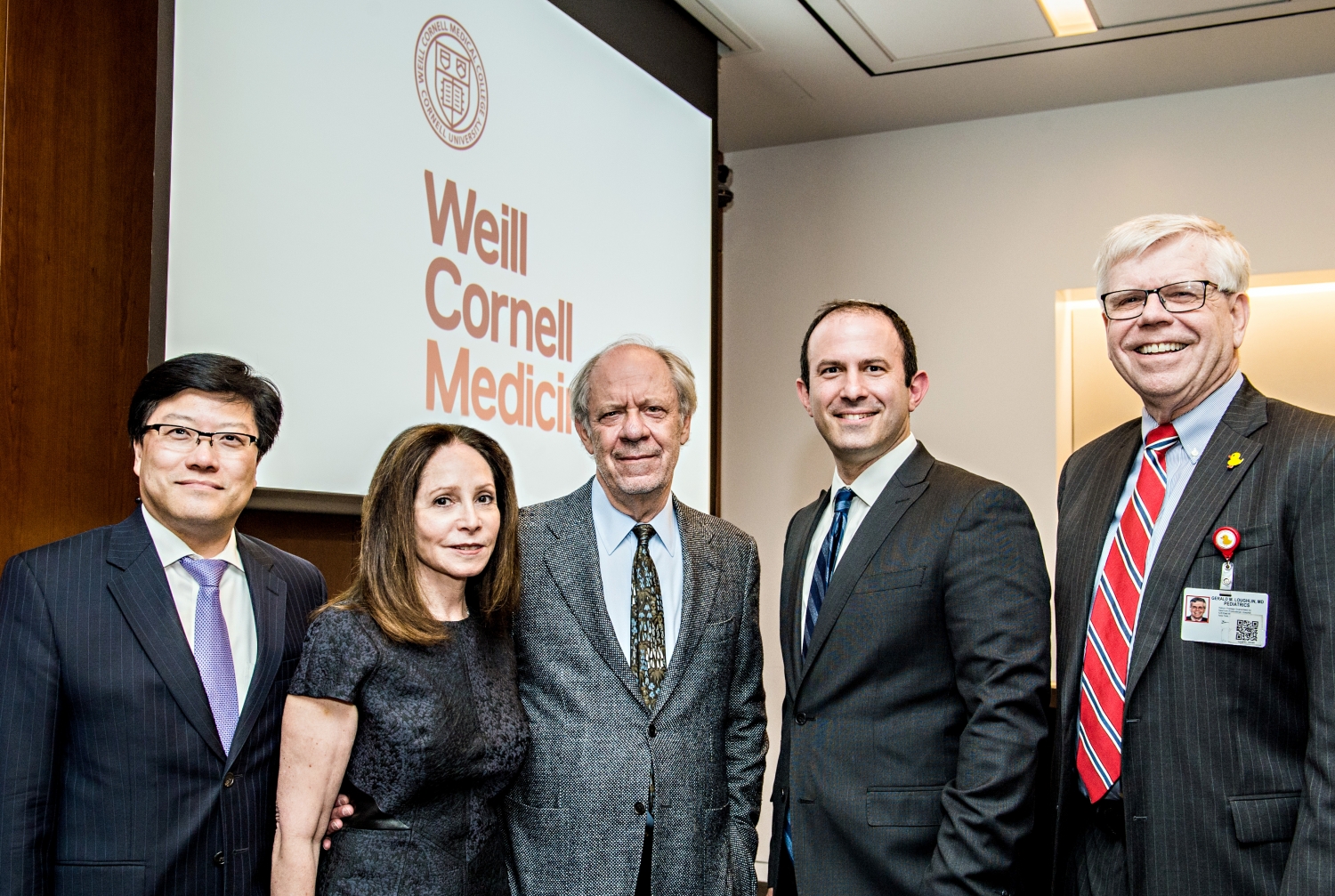 NEW YORK (March 29, 2017) — Dr. Joshua Milner, an allergist and immunologist who has made key discoveries into the origin of previously unidentified disorders that affect children and families, has been awarded the second annual Gale and Ira Drukier Prize in Children’s Health Research, Weill Cornell Medicine announced today. 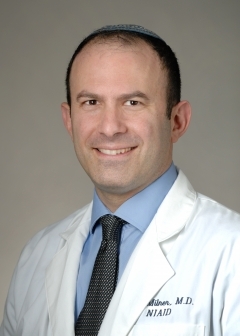 The Drukier Prize honors an early-career pediatrician whose research has made important contributions toward improving the health of children and adolescents. Dr. Milner, chief of the Genetics and Pathogenesis of Allergy Section at the National Institute of Allergy and Infectious Diseases (NIAID), part of the National Institutes of Health, is being recognized for his innovative research focusing on the discovery and understanding of the genetic and physiologic basis for allergic diseases and his work to find advanced treatments and cures.

“Dr. Milner’s important discoveries have greatly contributed to our understanding of genetic and allergic diseases that affect children, helping to illuminate the causes behind previously unknown disorders and providing hope for the future for many families,” said Dr. Augustine M.K. Choi, the Stephen and Suzanne Weiss Dean of Weill Cornell Medicine. “As a young investigator dedicated to advancing the field of pediatric research using inventive scientific approaches, Dr. Milner exemplifies the spirit of the Gale and Ira Drukier Prize in Children’s Health Research. We are thrilled to honor him this year.”

Dr. Milner’s investigations through basic, translational and clinical research have yielded many significant breakthroughs, including the discovery of a genetic change that causes elevated blood levels of the protein tryptase, which is frequently linked to allergic reactions like hives and itching, but also to other conditions such as irritable bowel syndrome, headaches and chronic pain. His discovery of alpha tryptase genetic duplications offered a medical explanation for patients suffering from difficult-to-treat symptoms, many of whom had spent much of their lives without a diagnosis. Multiple copies of the gene are present in approximately 4 percent of the population, Dr. Milner found, suggesting that what investigators had previously believed to be a rare and unexplained disease was, in fact, an extreme form of more common conditions. Those findings were published Oct. 17 in Nature Genetics, and Dr. Milner is now seeking ways to block alpha tryptase, with the goal of curing or reducing patients’ symptoms.

Dr. Milner also identified a rare genetic disorder — as well as the mutation that drives it — that is characterized by an allergic reaction to cold temperatures. Patients who have been diagnosed with the condition, called PLAID, experience hives or occasionally more severe physical reactions. While further study of the mutation is needed, recognizing the disorder may provide relief for patients through improved disease management. Additionally, Dr. Milner also discovered PGM3 deficiency, another rare genetic disorder, in which a mutation in the PGM3 enzyme leads to multiple types of severe allergies and infections that start in childhood. His research team is currently investigating new approaches to diagnose and treat this disease.

Dr. Milner formally accepted the award and delivered a public lecture on March 29 about the increasing prevalence of allergies in the United States and their connection to environmental and lifestyle changes, as well as to genetic disease.

“The genetic cause of allergy, particularly in relation to children’s health, is an area of science that we are only now truly beginning to uncover,” said Dr. Gerald M. Loughlin, the Nancy C. Paduano Professor and chairman of the Department of Pediatrics at Weill Cornell Medicine, and pediatrician-in-chief at the Phyllis and David Komansky Center for Children’s Health at NewYork-Presbyterian/Weill Cornell Medical Center. “Dr. Milner’s commitment to making new discoveries and finding innovative treatments for allergic disease in children has greatly advanced this area of pediatric research. He is an ideal recipient of this award, and we hope it will help bolster his work as he continues to investigate these disorders and provide care for this vulnerable population.”

“Dr. Milner exemplifies the kind of passion and innovation we need in pediatric research,” said Dr. Virginia Pascual, the Drukier Director of the Gale and Ira Drukier Institute for Children’s Health. “His medical discoveries are helping to shed light on the science behind hard-to-diagnose genetic and allergic diseases in children. This research will open the path for understanding more common allergic disorders, finding new therapies and bringing relief for countless families. The Drukier Institute is delighted to honor Dr. Milner with this award.”

The Gale and Ira Drukier Prize in Children’s Health Research was established in December 2014 as part of a $25 million gift to Weill Cornell Medicine. The gift also created the Gale and Ira Drukier Institute for Children’s Health – a premier, cross-disciplinary institute dedicated to understanding the underlying causes of diseases that are devastating to children. As part of its mission, the institute awards the prize annually to recognize the work of young investigators in the pediatric research community.

Dr. Milner received a bachelor’s degree in biology from MIT and a medical degree from the Albert Einstein College of Medicine. Following a residency in pediatrics at the Children’s National Medical Center in Washington, he was the recipient of the Pediatric Scientist Development Program Fellowship and completed a clinical fellowship in allergy and immunology at NIAID. He was then appointed to the NIAID Transition Program in Clinical Research, and was hired in 2009 in the Laboratory of Allergic Diseases (LAD) in the NIAID. He received tenure and became a senior investigator in 2013, as chief of the Genetics and Pathogenesis of Allergy Section within the LAD.

Dr. Milner is board-certified in allergy and immunology, and in pediatrics. He is an elected member of the American Society for Clinical Investigation and the Henry Kunkel Society, and is a recent recipient of the Phadia Allergy Research Forum Award and multiple NIH awards. He has published multiple studies on immunology and allergies and serves on the editorial board of numerous scientific journals.