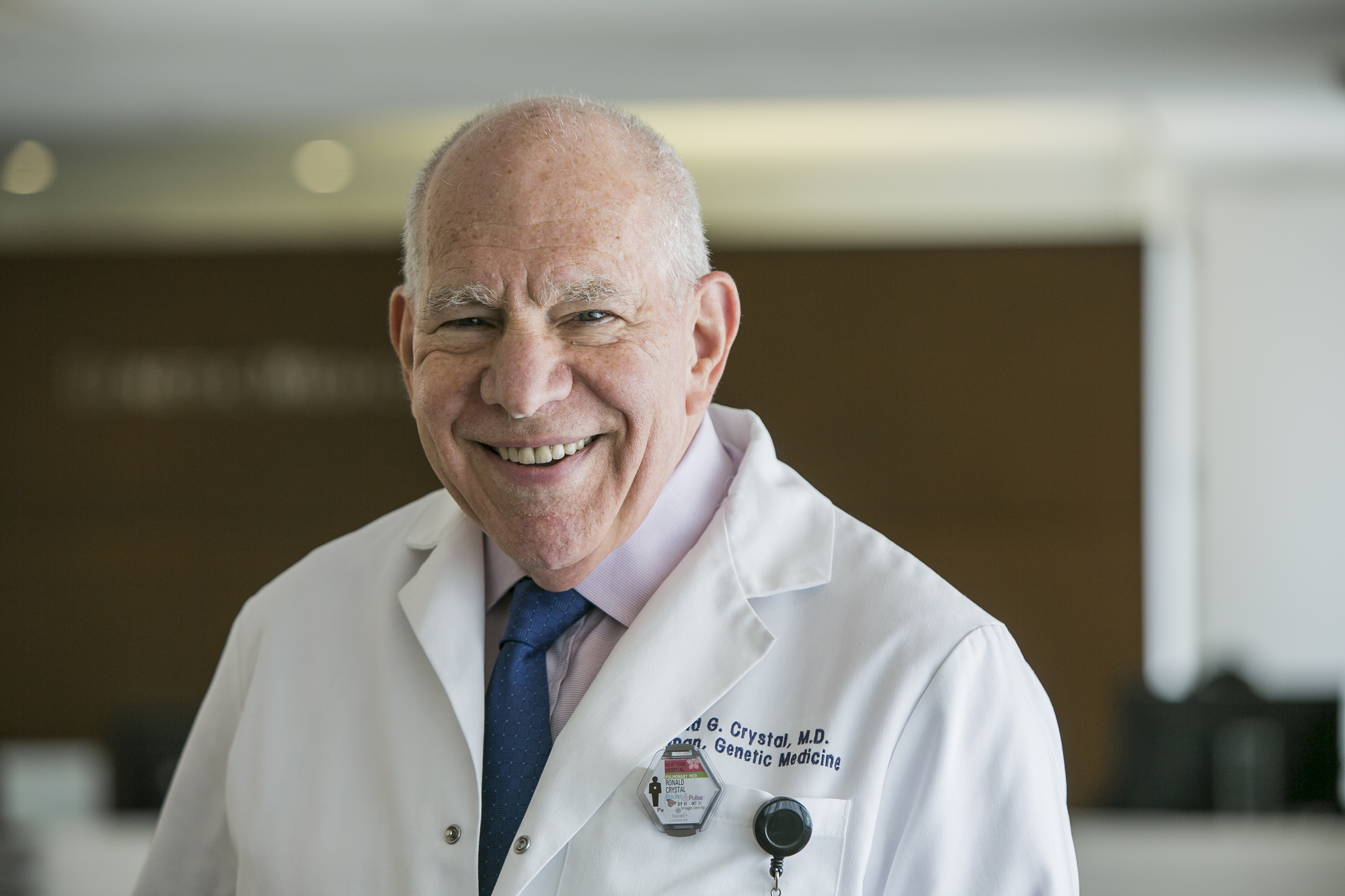 Weill Cornell Medicine and NewYork-Presbyterian Investigators Are Enrolling Subjects for a Phase I Clinical Trial to Establish Safety, Proper Dosing and Preliminary Efficacy

NEW YORK, NY (August 8, 2016) — A vaccine developed at Weill Cornell Medicine and NewYork-Presbyterian to blunt the effects of cocaine has advanced to clinical trials for testing in humans. After demonstrating that the vaccine prevented cocaine from reaching the brain in earlier animal studies, investigators are now enrolling active cocaine addicts in a Phase I randomized control study to test how it works in people.

"Cocaine addiction is a huge problem that affects more than 2 million people in the United States, and results in more than 500,000 annual visits to emergency rooms," said principal investigator Dr. Ronald Crystal, chairman of the Department of Genetic Medicine at Weill Cornell Medicine and a pulmonologist at NewYork-Presbyterian/Weill Cornell Medical Center. "While there are drugs like methadone designed to treat heroin, there aren't any therapeutics available to treat cocaine addiction. We hope that our vaccine will change that."

While most drugs that target addiction are designed to disrupt some process in the brain, this vaccine, called dAd5GNE, is meant to absorb cocaine in the bloodstream — well before it has had a chance to pass the blood-brain barrier and later produce a dopamine-induced high.

The dAd5GNE vaccine works by linking a cocaine-like molecule called GNE to a disrupted protein of an inactive adenovirus virus that typically causes cold-like symptoms, and is highly likely to produce an immune response. The immune system then unleashes antibodies that attack both the virus and the cocaine-like molecules connected to it. Once the body sees cocaine as the enemy, if the drug enters the bloodstream, the body will respond with a flood of anti-cocaine antibodies, each meant to gobble up cocaine like a Pac-man, Dr. Crystal said. This means that if someone who has received the vaccine uses cocaine, within seconds it passes from the lungs to the bloodstream, and once there, the antibodies attack.

"The goal of this vaccine is to prevent cocaine from reaching the brain," said Dr. Crystal, who is also the Bruce Webster Professor of Internal Medicine at Weill Cornell Medicine. "While we know that this works very well in animals, now we need to find out if the vaccine will cause enough anti-cocaine antibodies to be produced so that it works in humans, too."

Investigators are looking to enroll 30 subjects who are active cocaine users in the study, which is funded by the National Institute on Drug Abuse and the National Institutes of Health. The participants in this randomized, double-blind study will be divided into three consecutive, 10-person cohorts. Once the subjects have passed through an extensive screening process and are chosen, each cohort of 10 will be randomly split into seven receiving the vaccine and three receiving the placebo.

Before getting the vaccine, each participant will have to give up cocaine for at least 30 days, during which time they'll undergo frequent urine screens to test for cocaine use. Their first vaccine dose is administered as an injection in the shoulder. Additional boosters will be given every four weeks until the participant has received six total injections. After the final booster is given in week 20, subjects will undergo monitoring for another three months, until the study's conclusion after 32 weeks.

Each participant will have to meet with investigators two or three times per week to assess safety and efficacy. These meetings will include regular urine drug screens, EKGs, complete blood counts, and other measures of safety, as well as the review of any anti-cocaine antibodies in the participants' systems, self-reports on cocaine cravings and subjects' desire for other drugs and alcohol. Every subject will undergo standard drug dependency therapy throughout the study.

"Most people who become cocaine addicts want to give it up, but struggle to kick the habit in the long-term," Dr. Crystal said. "If this vaccine works, it could represent a lifetime therapeutic for addicts."

Participants will receive $25 per visit -- up to $2,400 for those who complete the study. To enroll in the study or for more information, please contact Aileen Orphilla at 646-962-2672 or email anticocaine@med.cornell.edu.

NewYork-Presbyterian is one of the nation's most comprehensive healthcare delivery networks, focused on providing innovative and compassionate care to patients in the New York metropolitan area and throughout the globe. In collaboration with two renowned medical school partners, Weill Cornell Medicine and Columbia University College of Physicians & Surgeons, NewYork-Presbyterian is consistently recognized as a leader in medical education, groundbreaking research and clinical innovation.