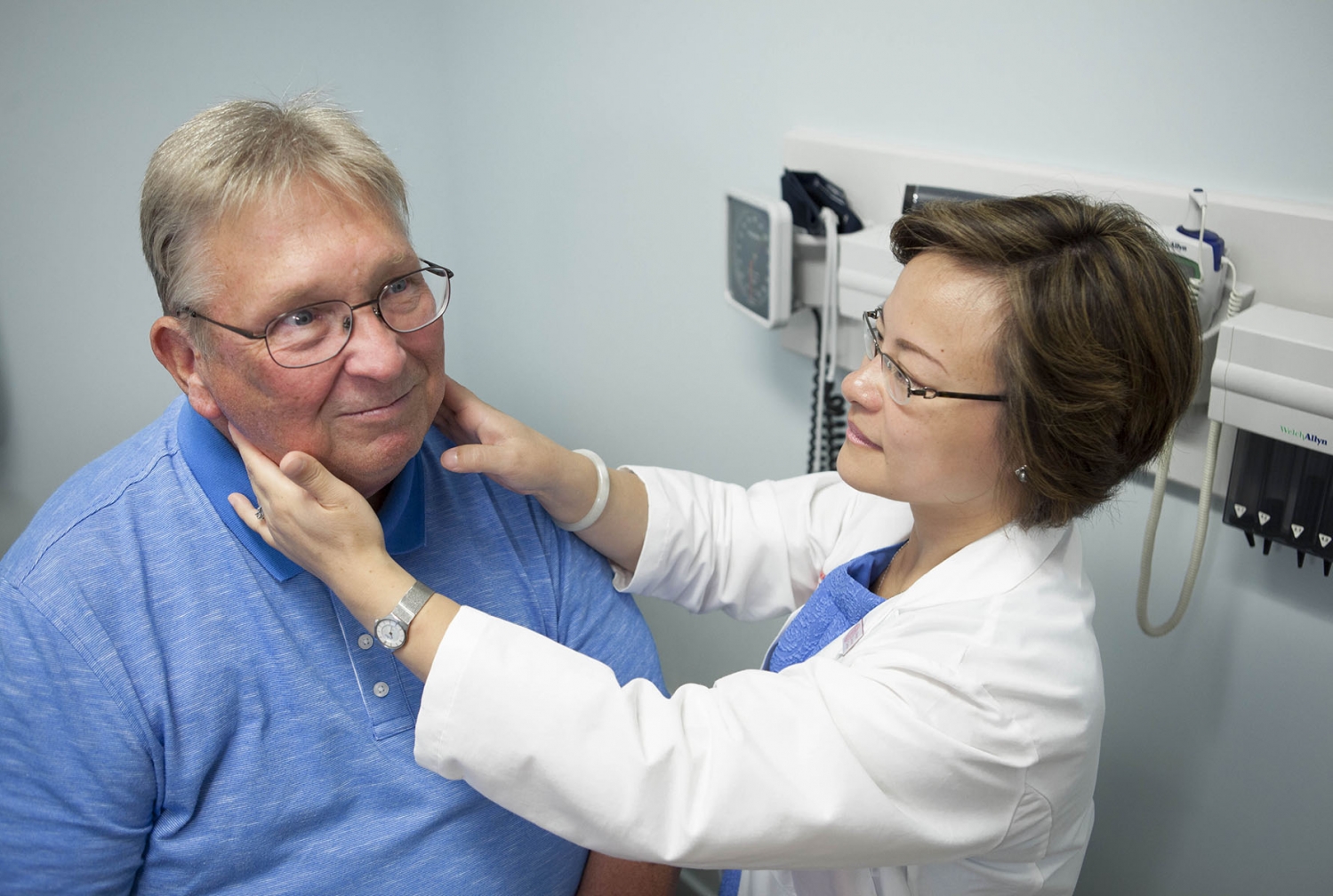 NEW YORK (November 5, 2015) — A combination therapy lacking many of the debilitating effects of traditional cancer treatment effectively manages mantle cell lymphoma, shrinking the aggressive and incurable malignancy and inducing remissions in the vast majority of patients, according to new research from Weill Cornell Medicine. Most patients' favorable response to the therapy continued over the more than two-year monitoring period.

The findings, published online Nov. 4 and in the Nov. 5 print issue of the New England Journal of Medicine, demonstrate that the pill Lenalidomide, taken in combination with the antibody Rituximab, provides an effective alternative to chemotherapy, the traditional treatment for MCL. More than 90 percent of patients in the small efficacy trial responded to the therapy, with their cancer shrinking by more than half, and two-thirds of that group had no evidence of detectable tumor growth after treatment. When the investigators examined longer-term outcomes, they found that the results held steady for 85 percent of patients after two years. Patients were generally able to comfortably go about their daily lives, reporting a high quality of life throughout treatment, according to validated measures.

"For patients, their quality of life was preserved or improved, and that's a huge step up from regular chemotherapy," said lead author Dr. Jia Ruan, an associate professor of clinical medicine and a member of the Sandra and Edward Meyer Cancer Center at Weill Cornell Medicine, and an oncologist at NewYork-Presbyterian/Weill Cornell Medical Center. "With this frontline treatment, we were able to achieve a very high quality and durable response rate without needing to use chemotherapy. It's very meaningful for the patients who have always been told that their disease is without a cure."

Mantle cell lymphoma is a type of B-cell Non-Hodgkin lymphoma, a cancer of the white blood cells that primarily affects the elderly; an estimated 4,200 new patients were diagnosed last year, according to the Leukemia and Lymphoma Society. Many more patients are living with the disease. Older adults often have additional medical conditions or a host of other factors that make them less able to tolerate some chemotherapy regimens. What's more, patients who do qualify for chemotherapy and undergo treatment frequently relapse, underscoring the need for treatment alternatives.

"Conventional, intensive treatment may be out of reach or undesirable for many MCL patients, who often receive less intensive or palliative care that is of limited benefit. This inspired us to look for a less toxic, biological option with novel drugs that could be easily administered and more widely applicable," said Dr. Ruan, who receives clinical research funding from Celgene, the maker of Lenalidomide and sponsor of the study. Dr. Ruan also served as a consultant and speaker for the company, and participated in its advisory board meetings.

To accomplish this goal, the researchers, led by Weill Cornell Medicine, provided patients with a combination of Lenalidomide and Rituximab, which are biological compounds that are used as therapeutic agents for treating diseases like cancer. Lenalidomide is a pill that in part activates the immune system, prompting t-cells and natural killer cells to destroy harmful tumor cells. It has proven effective for MCL in the past, but hadn't been used as an initial treatment before.

Rituximab is an antibody, delivered intravenously, that binds to cancerous B-cells and directly kills them while also initiating an immune response. When Rituximab and Lenalidomide are used alone, they induce short-term remissions in a minority of MCL patients. The biological doublet was designed to explore their use in combination as initial treatment and to see whether chemotherapy (with generally more toxic side effects) could be delayed or avoided.

The phase II study had both induction and maintenance phases. In the induction phase, which included 38 patients who began treatment between 2011 and 2014, participants took one Lenalidomide pill once a day for three weeks, omitted the fourth week, and then began the cycle again. Participants also received four weekly infusions of Rituximab and received subsequent infusions every two months. 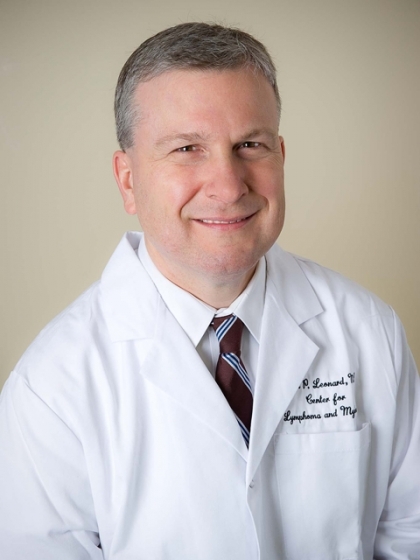 After a year, participants transitioned to a maintenance phase, the duration of which was for as long as they wanted to continue treatment while receiving benefit, up to a maximum of five years. During that time they received smaller doses of Lenalidomide while their Rituximab infusions remained the same. Their response was measured by CT or PET scans at pre-set intervals.

Ninety-two percent of patients' tumors shrank by more than half, and 64 percent achieved complete remission, becoming free of detectable tumors while undergoing treatment. Two years after beginning treatment, 85 percent of patients showed no evidence of disease progression from their best response point on treatment. The most common side effect was asymptomatic low white blood cell counts that were generally reversible by adjusting the treatment dose. Inflammatory symptoms associated with Lenalidomide, such as rash, fatigue and tumor flare, commonly occurred during the initial cycle of treatment and resolved with anti-inflammatory treatment.

Patients were generally able to participate in their daily activities while undergoing treatment, often continuing to work, travel, and enjoy social activities as the treatment was delivered in the outpatient setting. While further studies are needed to investigate the long-term outcomes of patients undergoing the treatment, and how it compares to more intensive chemotherapy regimens, the results suggest a potential strategy for developing less toxic anti-cancer regimens and using novel approaches early in the course of treatment.

"I'm inspired by the fact that patients are enthusiastic about this approach. I'm also excited that lymphoma physicians are thinking out of the box, that many in the community now think that a non-chemotherapy-based paradigm with novel agents is something important to take forward and more broadly assess," said senior author Dr. John Leonard, a professor of medicine, the Richard T. Silver Distinguished Professor of Hematology and Medical Oncology, associate dean for clinical research, and associate director of clinical trials at the Meyer Cancer Center at Weill Cornell Medicine, and an oncologist at NewYork-Presbyterian/Weill Cornell. Dr. Leonard serves as a paid consultant for Celgene.

The study was funded by Celgene, and led by Weill Cornell Medicine and NewYork-Presbyterian Hospital, with participation by three additional institutions including Moffit Cancer Center, University of Pennsylvania Abramson Cancer Center, and University of Chicago Medical Center.