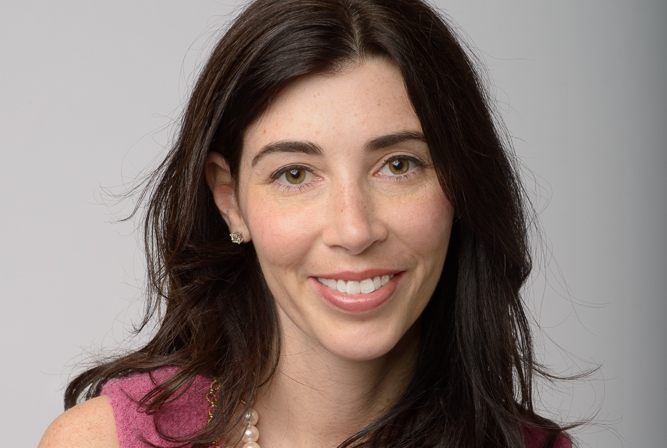 In their study, published today in the Journal of Plastic and Reconstructive Surgery, the researchers demonstrate how a rigid plastic mold can be used to reshape deformed ears — softening the curves and re-contouring the cartilage — when applied to newborn infants’ ears within the first few weeks of their lives. They also discovered that the pain-free and non-invasive procedure could effectively transform the ear shape in 14 days, compared to the six to eight weeks doctors have historically advised.

“This research represents a breakthrough in how we treat ear deformities,” said lead author Dr. Melissa Doft, a clinical assistant professor of plastic surgery at Weill Cornell Medical College and an assistant attending surgeon at NewYork-Presbyterian/Weill Cornell. “Through innovation, we have an opportunity to truly make a difference in children’s lives, helping to decrease the bullying that many children with ear deformities face and eliminating the need for invasive surgical correction later in life.”

The investigators’ findings are based on the outcomes of procedures that Dr. Doft, in collaboration with pediatricians, audiologists and parents, conducted on about 100 newborns (and 158 ears) using the Becon EarWell Infant Ear Correction System between 2010 and 2013 at NewYork-Presbyterian/Weill Cornell. Infants from the newborn nursery were referred directly to Dr. Doft in the first few days of their lives, when ears are characterized by greater plasticity. The investigators found that the process was nearly fail-proof, with a 96 percent success rate, and attributed these outcomes to the young age at which they initiated intervention.

While ear correction is typically cosmetic, early intervention and ear molding with the EarWell is often covered by insurance because it’s considered a congenital deformity. Dr. Doft dubbed her research the Newborn Butterfly Project because abnormal ears are coaxed through a natural metamorphosis, similar to how a caterpillar becomes a butterfly. 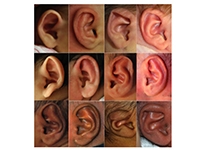 Before and after photos document the transformation of infant ears using the EarWell device. Photo Credit: Dr. Melissa Doft

Fifteen to 20 percent of all children are born with an ear deformity, which includes constriction, a missing fold, a deep conchal bowl or an obtuse angle. Of these deformities, 30 percent are expected to self-correct, but there is no scientific way to know which ones will improve. Infants are born with high levels of estrogen in their bloodstreams, which peaks at day three of life. This elevated estrogen increases the ear cartilage’s plasticity, allowing the ear to be molded into the correct position.

While ear molding has been taking place for centuries, the technique has traditionally been less effective in correcting deformities. Until recently, physicians had advised new parents to use dental paste, feeding tubes and paper tape to make a hodge-podge of a mold that could reshape their baby’s ears. However, this placed the onus of shaping the ear on the baby’s parents, who can be overwhelmed with caring for a small child. The makeshift mold also wiggled and shifted so the ear was not continuously being folded into the correct position, elongating treatment times. The EarWell device, released five years ago, changed things, Dr. Doft said.

“The EarWell is a little cradle that holds the ear in the perfect position so the parents do not have to do anything,” Dr. Doft said. “They just leave it on and do not even have to think about it. It applies pressure to the ear to conform to a more natural anatomy 24/7.”

Once estrogen levels return to normal — when infants are about six weeks old — using non-surgical means to fix deformities becomes less reliable, causing infants with ear abnormalities to wait and have ear surgery later in life. Many children have the surgery, called otoplasty, later in their childhood, but like all surgeries, it comes with pain and some risk, including infection, hematoma and anesthesia-related complications. With otoplasty, there’s also a 20 percent chance that the deformity will reoccur if the stiches break. The EarWell’s higher success rate and pain-free process may make it a more attractive option for parents.

“The fact that non-surgical ear molding is more successful than surgical correction is noteworthy,” Dr. Doft said, adding that there are some things — like changes to the soft curves of the ear or certain ridges — that can be much better corrected with molding. 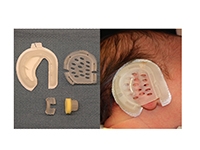 The procedure is pain-free, does not impact children’s ability to hear and does not affect parents’ ability to breast-feed. “The device is perforated, so the babies can hear perfectly fine. You can breast-feed with it. The only limitation is that you need to try not to get it wet because of the adhesive that sticks onto the baby’s skin,” Dr. Doft said. “Otherwise, you just treat it as if the baby is wearing little earmuffs.”

In the patients who participated in the study, Dr. Doft placed the EarWell within the first six weeks of life, sometimes when the child was still in the newborn nursery. The investigators monitored the patients throughout treatment, which lasted 14 days on average (between nine and 42 days), and reviewed outcomes over two years. The study authors also surveyed parents at the time of placing the EarWell, immediately after treatment, and again at six and 12 months.

Prior to treatment, 73 percent of parents said that they believed the deformity would lead to “severe psychological harm,” Dr. Doft said. “If you look at the research, that worry makes sense,” she said, citing the prevalence of stories in the news on the bullying and teasing of children who have abnormal ears. “They’re definitely affected by it.”

If more people knew about — and took advantage of — this option, Dr. Doft said, future surgical intervention and psychological trauma could be avoided. “With doctors, healthcare professionals and parents working together,” Dr. Doft said, “we are able to produce outcomes that can only happen during a short time-window in newborn infants’ lives — something we have never been able to achieve before.”

Study co-authors include Anthony N. LaBruna, Ashutosh Kacker and Jennifer I. DiPace from Weill Cornell Medical College. At the time of the study, co-authors Shawn Diamond was a medical student at Weill Cornell and Alison Goodkind was an undergraduate student at Barnard College.