Toxin-Emitting Bacteria Being Evaluated as a Potential Multiple Sclerosis Trigger 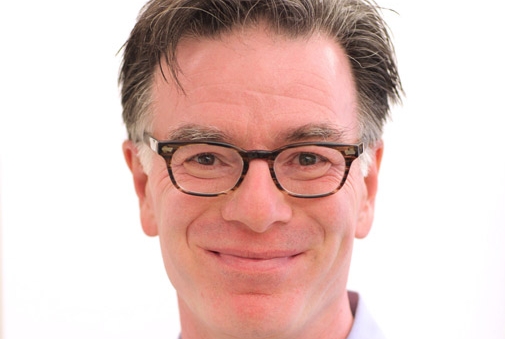 Researchers Find Evidence of Similar Infection in Other MS Patients

NEW YORK (October 16, 2013) — A research team from Weill Cornell Medical College and The Rockefeller University has identified a bacterium it believes may trigger multiple sclerosis (MS), a chronic, debilitating disorder that damages myelin forming cells in the brain and spinal cord.

Their study, published in PLoS ONE, is the first to identify the bacterium, Clostridium (C.) perfringens type B, in humans.

The scientists say their study is small and must be expanded before a definitive connection between the pathogen and MS can be made, but they also say their findings are so intriguing that they have already begun to work on new treatments for the disease.

"This bacterium produces a toxin that we normally think humans never encounter. That we identified this bacterium in a human is important enough, but the fact that it is present in MS patients is truly significant because the toxin targets the exact tissues damaged during the acute MS disease process," say the study's first author, K. Rashid Rumah, an MD/PhD student at Weill Cornell Medical College, and the study's senior investigator, Dr. Timothy Vartanian, professor of neurology and neuroscience at Weill Cornell Medical College and director of the Judith Jaffe Multiple Sclerosis Center at New York-Presbyterian Hospital/Weill Cornell Medical Center.

"While it is clear that new MS disease activity requires an environmental trigger, the identity of this trigger has eluded the MS scientific community for decades," Dr. Vartanian says. "Work is underway to test our hypothesis that the environmental trigger for MS lays within the microbiome, the ecosystem of bacteria that populates the gastrointestinal tract and other body habitats of MS patients."

Connection to MS in grazing animals

The study describes discovery of C. perfringens type B in a 21-year-old woman who was experiencing a flare-up of her MS.

The woman was part of the Harboring the Initial Trigger for MS (HITMS) observational trial launched by Dr. Vartanian and K. Rashid Rumah, who works both with Dr. Vartanian and with co-author Dr. Vincent Fischetti at The Rockefeller University.

C. perfringens, found in soil, is one of the most common bacteria in the world. It is divided into five types. C. perfringens type A is commonly found in the human gastrointestinal tract and is believed to be largely harmless.

C. perfringens types B and D carry a gene (epsilon toxin) that emits a protoxin — a non-active precursor form of the toxin — which is turned into the potent "epsilon" toxin within the intestines of grazing animals. The epsilon toxin travels through the blood to the brain, where it damages brain blood vessels and myelin, the insulation protecting neurons, resulting in MS-like symptoms in the animals. While the D subtype has only been found in two people, based on prior studies by other investigators, the B subtype had never been found in humans.

Nevertheless, Rumah and the research team set out to see if subtypes B or D exist in humans and if they are associated with MS. They tested banked blood and spinal fluid from both MS patients and healthy controls for antibody reactivity to the epsilon toxin. Investigators found that levels of epsilon toxin antibodies in MS patients were 10 times higher than in the healthy controls — the blood of only one out of 100 control participants showed an immune reaction to the toxin.

The team also examined stool samples from both MS patients and healthy controls enrolled in the HITMS clinical study, and found that 52 percent of healthy controls carried the A subtype compared to 23 percent of MS patients. "This is important because it is believed that the type A bacterium competes with the other subtypes for resources, so that makes it potentially protective against being colonized by epsilon toxin secreting subtypes and developing MS," say Rumah and Vartanian.

The search by investigators for evidence of C. perfringens type B paid off in the case of a young MS patient. Co-author Dr. Jennifer Linden, a microbiologist at Weill Cornell Medical College, isolated the actual bacterium from the patient's stool.

A choice of approaches for treatment

The authors suspect that once a human is infected with C. perfringens type B or D, the pathogen usually lives in the gut as an endospore, a seed-like structure that allows some bacteria to remain dormant for long periods. "The human gastrointestinal tract is host to approximately 1,000 different bacterial species, but is not a hospitable environment for C. perfringens type B or D, so it does not grow well there. It hibernates in a protective spore. When it does grow, we anticipate it generates a small quantity of epsilon toxin, which travels through the blood into the brain," Dr. Vartanian says. "We believe the bacterium's growth is episodic, meaning the environmental trigger is always present, and it rears its ugly head from time to time."

He says researchers do not know how humans are infected with C. perfringens type B or D, but they are studying potential routes of exposure. The scientists are also in the first stages of investigating potential treatments against the pathogen.

"There are a variety of approaches we can take. A vaccine for humans is possible — there is already a vaccine available for farm animals, but it requires repeat immunizations," say Vartanian and Rumah. "We are also investigating the possibility of developing small-molecule drugs that prevent the toxin from binding to its receptor.

"But one of my favorite approaches is development of a probiotic cocktail that delivers bacteria that compete with, and destroy, C. perfringens types B and D," Vartanian says. "It would be such a beautiful and natural way to treat the gastrointestinal system and solve the problem. We are also starting to work on this approach."

This work was generously supported in part by The Laurence Tisch Family Research Fund, The Dr. Mortimer D. Sackler Family Fund for Neuroregenerative Research, The Widgeon Point Charitable Foundation, and the Rockefeller University Funds to the Laboratory of Bacterial Pathogenesis and Immunology.

Weill Cornell Medical College, Cornell University's medical school located in New York City, is committed to excellence in research, teaching, patient care and the advancement of the art and science of medicine, locally, nationally and globally. Physicians and scientists of Weill Cornell Medical College are engaged in cutting-edge research from bench to bedside, aimed at unlocking mysteries of the human body in health and sickness and toward developing new treatments and prevention strategies. In its commitment to global health and education, Weill Cornell has a strong presence in places such as Qatar, Tanzania, Haiti, Brazil, Austria and Turkey. Through the historic Weill Cornell Medical College in Qatar, Cornell University is the first in the U.S. to offer a M.D. degree overseas. Weill Cornell is the birthplace of many medical advances — including the development of the Pap test for cervical cancer, the synthesis of penicillin, the first successful embryo-biopsy pregnancy and birth in the U.S., the first clinical trial of gene therapy for Parkinson's disease, and most recently, the world's first successful use of deep brain stimulation to treat a minimally conscious brain-injured patient. Weill Cornell Medical College is affiliated with NewYork-Presbyterian Hospital, where its faculty provides comprehensive patient care at NewYork-Presbyterian Hospital/Weill Cornell Medical Center. The Medical College is also affiliated with Houston Methodist Hospital. For more information, visit weill.cornell.edu.