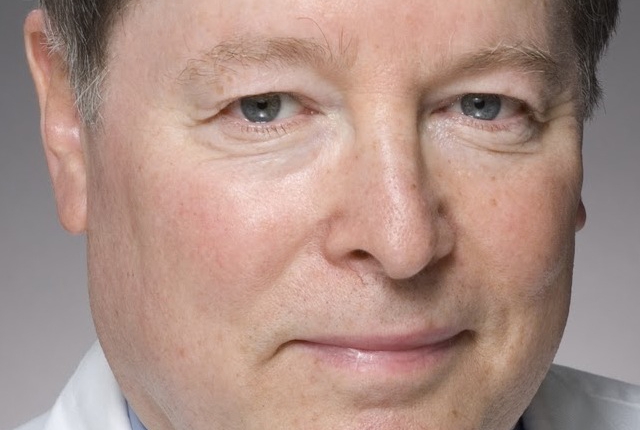 NEW YORK (September 17, 2013) — While the number of homebirths in the United States has grown over the last decade, researchers at New York-Presbyterian/Weill Cornell Medical Center have found that babies born at home are roughly 10 times as likely to be stillborn and almost four times as likely to have neonatal seizures or serious neurologic dysfunction when compared to babies born in hospitals.

The largest study of its kind, which includes data on more than 13 million U.S. births, will appear in the October issue of the American Journal of Obstetrics and Gynecology and is now available online. The risk is associated with the location of a planned birth, rather than the credentials of the person delivering the baby. The study findings showed that the risk of stillbirth is even greater in first-born babies - 14 times the risk of hospital births. "The magnitude of risk associated with home delivery is alarming," says the study's lead author, Dr. Amos Grunebaum, chief of labor and delivery at NewYork-Presbyterian/Weill Cornell Medical Center and associate professor of clinical obstetrics and gynecology at Weill Cornell Medical College.

Given the study's findings, Dr. Grunebaum says obstetric practitioners have an ethical obligation to disclose the risks associated with planned home birth to expectant parents who express an interest in this delivery setting. He says, "Parents-to-be need to know that if they deliver at home, their baby has a greater risk of dying or having a serious neurological problem."

The study results were confirmed by analyzing birth certificate files from the U.S. Centers for Disease Control and Prevention (CDC) National Center for Health Statistics to assess deliveries by physicians and midwives in and out of the hospital from 2007 to 2010. The researchers looked at 5-minute Apgar scores of zero, neonatal seizures and serious neurologic dysfunction. The Apgar score is a screening test to quickly assess the health of an infant one minute and five minutes after birth. A 5-minute Apgar score of zero is considered stillborn, although about 10 percent of these babies survive, usually with major health problems.

"The majority of pregnancies go smoothly," says Dr. Frank Chervenak, a study co-author and obstetrician and gynecologist-in-chief and director of maternal-fetal medicine at NewYork-Presbyterian/Weill Cornell Medical Center and the Given Foundation Professor and chairman of the Department of Obstetrics and Gynecology at Weill Cornell Medical College. "But in some instances," he says, "there can be unpredictable complications requiring immediate surgical intervention."

Every second is critical, notes Dr. Chervenak. "If an emergency occurs at home that requires hospital transport, it's often difficult to beat the clock to prevent death or neurological issues."

Dr. Chervenak stressed that the study's findings are based on the birth setting, not whether the provider is a physician or midwife. "It's all about location," he adds. "When a complication does arise, what's needed is access to a team of skilled specialists with the training and technology in place to handle emergency procedures. In a home, none of these options are available."

Along with warning parents about potential risks, both Dr. Grunebaum and Dr. Chervenak say it's critical for caregivers and hospitals to create a welcoming and comfortable birthing environment, often a primary motivation for planned homebirth. "Childbirth is one of the most wonderful moments in humanity, and we recognize that parents may expect that giving birth at home will enhance the experience. In the end, we need to be frank with parents about the risks. At the same time, physicians, midwives and other practitioners need to do everything we can to contribute to the compassionate care of mothers-to-be and their infants," Dr. Chervenak says.

Weill Cornell Medical College, Cornell University's medical school located in New York City, is committed to excellence in research, teaching, patient care and the advancement of the art and science of medicine, locally, nationally and globally. Physicians and scientists of Weill Cornell Medical College are engaged in cutting-edge research from bench to bedside, aimed at unlocking mysteries of the human body in health and sickness and toward developing new treatments and prevention strategies. In its commitment to global health and education, Weill Cornell has a strong presence in places such as Qatar, Tanzania, Haiti, Brazil, Austria and Turkey. Through the historic Weill Cornell Medical College in Qatar, Cornell University is the first in the U.S. to offer a M.D. degree overseas. Weill Cornell is the birthplace of many medical advances — including the development of the Pap test for cervical cancer, the synthesis of penicillin, the first successful embryo-biopsy pregnancy and birth in the U.S., the first clinical trial of gene therapy for Parkinson's disease and, most recently, the world's first successful use of deep brain stimulation to treat a minimally conscious brain-injured patient. Weill Cornell Medical College is affiliated with NewYork-Presbyterian Hospital, where its faculty provides comprehensive patient care at NewYork-Presbyterian Hospital/Weill Cornell Medical Center. The Medical College is also affiliated with Houston Methodist Hospital. For more information, visit weill.cornell.edu.