New Bioengineered Ears Look and Act Like the Real Thing 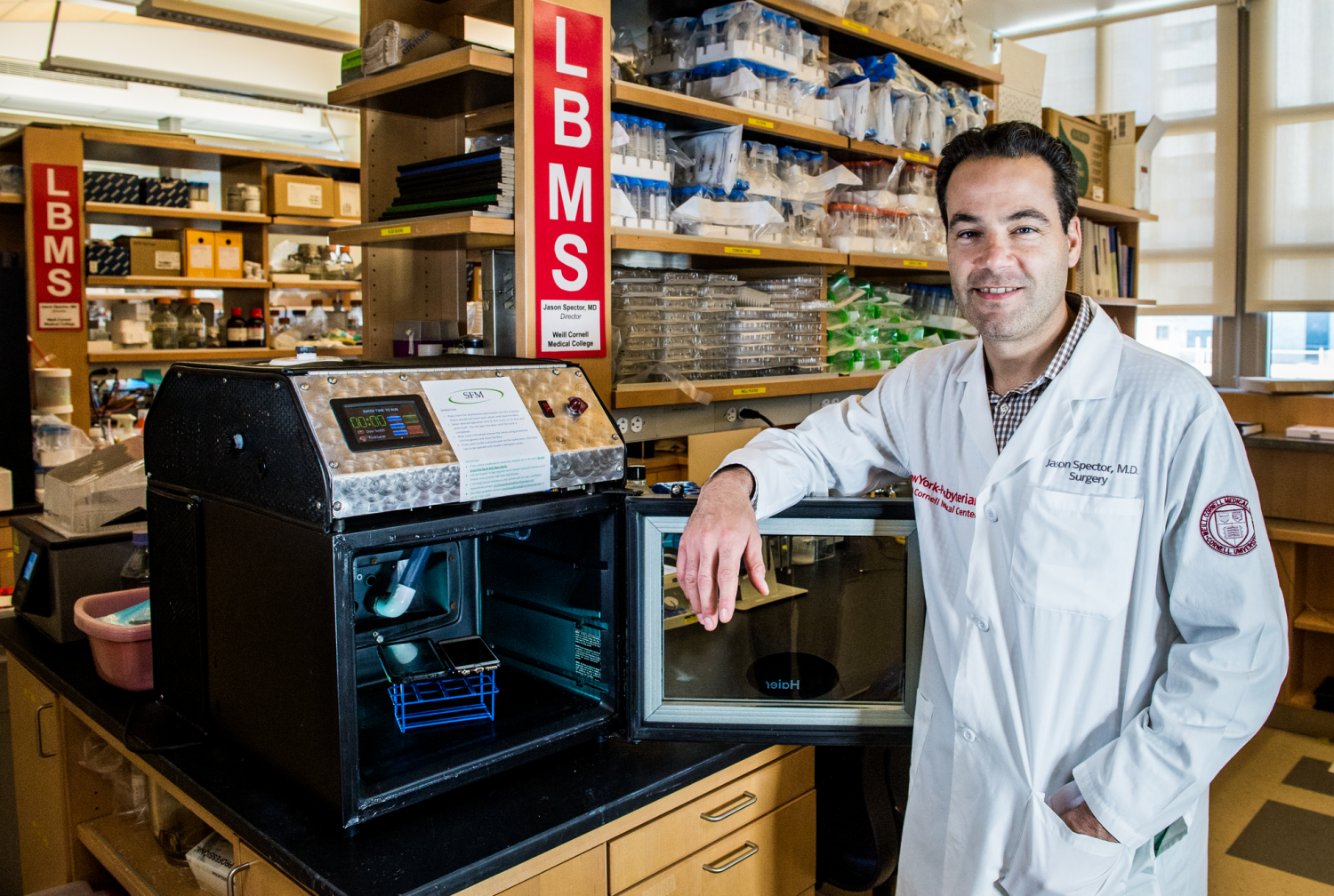 Weill Cornell Medical College and Cornell University's Bioengineered Ears, the First to Survive Long-Term and Grow Cartilage, May Provide Children and Adults in Need with a New Healthy Ear

NEW YORK (Feb. 20, 2013) — Physicians at Weill Cornell Medical College and biomedical engineers at Cornell University have succeeded in building a facsimile of a living human ear that looks and acts like a natural ear. Researchers believe their bioengineering method will finally succeed in the long quest by scientists and physicians to provide normal looking "new" ears to thousands of children born with a congenital ear deformity. 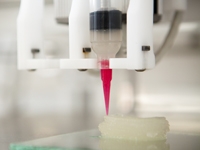 In their PLOS ONE study, the researchers demonstrate how 3D printing and new injectable gels made of living cells can be used to fashion ears that are identical to a human ear. Over a three-month period — the length of the study — these flexible ears steadily grew cartilage to replace the collagen that was used to help mold them.

"I believe this will be the novel solution reconstructive surgeons have long wished for to help children born with absence or severe deformity of the ear," says the study's co-lead author, Dr. Jason Spector, director of the Laboratory for Bioregenerative Medicine and Surgery (LBMS) and associate professor of surgery of plastic surgery in the Department of Surgery at Weill Cornell Medical College and an adjunct associate professor in the Department of Biomedical Engineering at Cornell University. "A bioengineered ear replacement like this would also help individuals who have lost part or all of their external ear in an accident or from cancer." 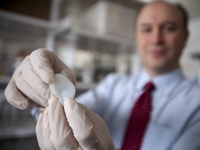 Currently, replacement ears are constructed using materials that have a Styrofoam-like consistency or, sometimes, surgeons will build ears from rib that is harvested from a young patient. "This surgical option is very challenging and painful for children, and the ears rarely look totally natural or perform well," says Dr. Spector, who is also a plastic and reconstructive surgeon at NewYork-Presbyterian Hospital/Weill Cornell Medical Center. "All other attempts to 'grow' ears in the lab — including one 1997 study widely publicized by photos of ears implanted on the backs of mice — have failed in the long term."

This Cornell bioengineered ear is the best to date in appearing and acting like a natural ear, the researchers report. Also, the process of making the ears is fast — it takes a week at most.

"This is such a win-win for both medicine and basic science, demonstrating what we can achieve when we work together," says the study's other lead author, Dr. Lawrence J. Bonassar, associate professor and associate chair of the Department of Biomedical Engineering at Cornell University.

Scanning, Printing and Molding a Human Ear in a Week

The deformity that both Dr. Spector and Dr. Bonassar seek to remedy is microtia, a congenital deformity in which the external ear is not fully developed. Although the causes for this disorder are not entirely understood, research has found that microtia can occur in children whose mothers took an acne medication during pregnancy. Typically, only a single ear is affected.

The incidence of microtia varies from almost one to more than four per 10,000 births each year. Many children born with microtia have an intact inner ear, but experience hearing loss due to the missing external ear structure, which acts to capture and conduct sound.

Dr. Spector and Dr. Bonassar have been collaborating on bioengineered human replacement parts since 2007, and Dr. Bonassar has also been working with other Weill Cornell physicians. For example, he and Weill Cornell's neurological surgeon Dr. Roger Härtl are currently testing bioengineered disc replacements using some of the same techniques demonstrated in this current study.

The researchers specifically work to develop replacements for human structures that are primarily made of cartilage — joints, trachea, spine, nose — because cartilage does not need to be vascularized with a blood supply in order to survive.

To make the ears, Dr. Bonassar and his colleagues first took a combination laser scan and panoramic photo of an ear from twin girls, which provided a digitized 3D image of their ears on a computer screen. That took 30 seconds, and did not involve any ionizing radiation. The researchers then converted that image into a digitized "solid" ear and used a 3D printer to assemble a mold of the ear. The mold is like a box with a hole in the middle that is in the shape of the mirror image of the ear, say researchers.

They injected animal-derived collagen into that ear mold, and then added nearly 250 million cartilage cells. The collagen served as a scaffold upon which cartilage could grow. Collagen is the main structural protein in the body of every mammal. Animal-based collagen is frequently used for cosmetic and plastic surgery. This high-density collagen gel, which Cornell researchers developed, resembles the consistency of flexible Jell-O when the mold is removed.

"The process is fast," Dr. Bonassar says. "It takes half a day to design the mold, a day or so to print it, 30 minutes to inject the gel and we can remove the ear 15 minutes later. We trim the ear and then let it culture for several days in a nourishing cell culture medium before it is implanted."

During the three-month observation period, the cartilage in the ears grew to replace the collagen scaffold. "Eventually the bioengineered ear contains only auricular cartilage, just like a real ear," says Dr. Spector. Previous bioengineered ears have not been able to maintain their shape or dimensions over time, and the cells within them did not survive.

The researchers are now looking at ways to expand populations of human ear cartilage cells in the laboratory so that these cells can be used in the mold.

Dr. Spector says that if all future safety and efficacy tests work out, it might be possible to try the first human implant of a Cornell bioengineered ear in as little as three years.

"The innovation in this study is two-fold," says Dr. Bonassar. "The use of imaging technology to rapid and accurately make the shape of the ear implant is new, as is the high-density collagen gel for the mold."

"These bioengineered ears are highly promising because they precisely mirror the native architecture of the human ear," Dr. Spector says. "They should restore hearing and a normal appearance to children and others in need. This advance represents a very exciting collaboration between physicians and basic scientists. It is a demonstration of what we hope to do together to improve the lives of these patients with ear deformity, missing ears and beyond."