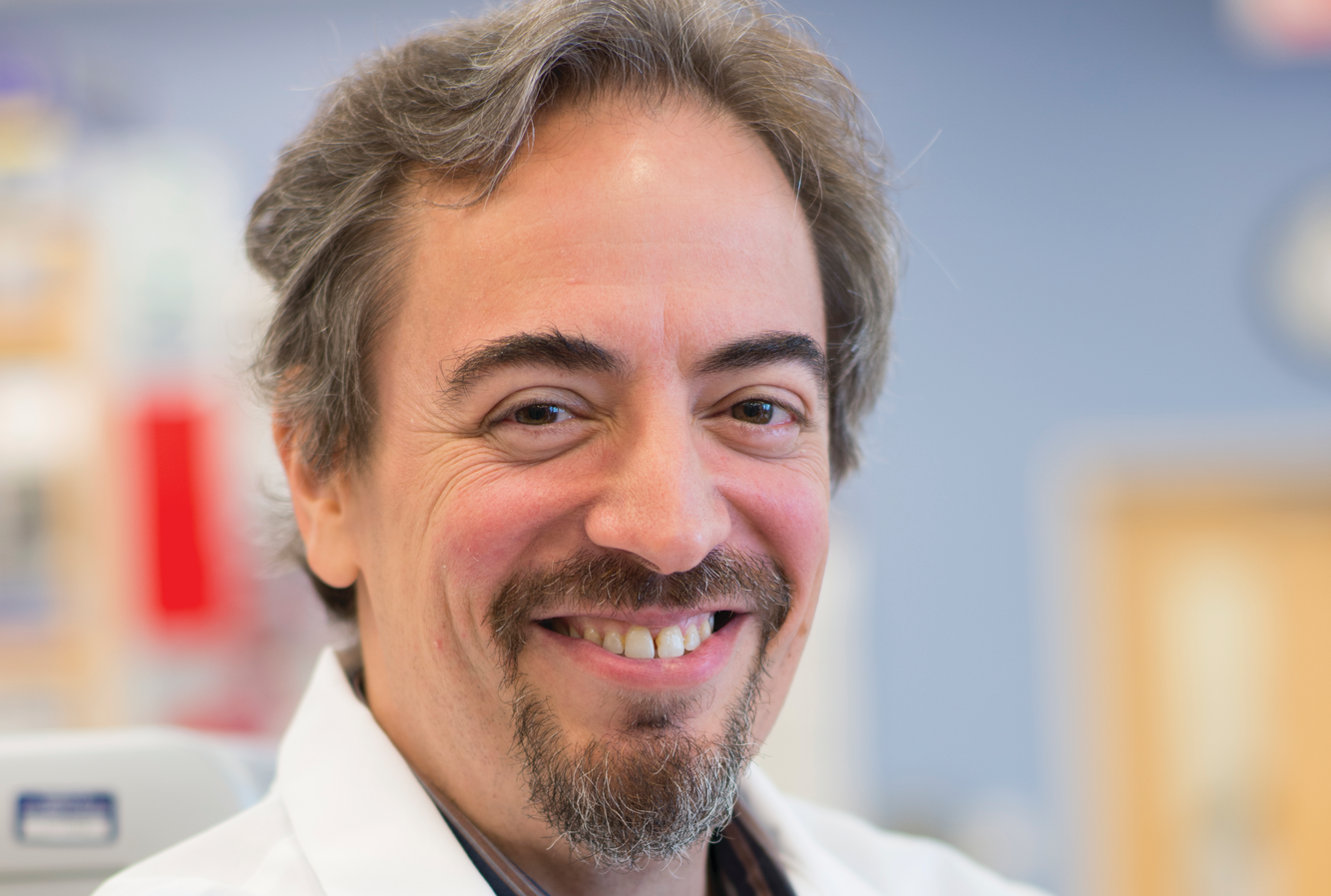 NEW YORK (Oct. 29, 2012) — A team of national and international researchers, led by Weill Cornell Medical College scientists, have decoded the key "software" instructions that drive three of the most virulent forms of acute lymphoblastic leukemia (ALL). They discovered ALL's "software" is encoded with epigenetic marks, chemical modifications of DNA and surrounding proteins, allowing the research team to identify new potential biomarkers and therapeutic targets.

"Epigenetic programming is the software that is written on to human DNA, which can be viewed as its hard drive. This programming contains the instructions that determine how cells including leukemia cells function and cause disease," says the study's lead investigator, Dr. Ari Melnick, associate professor of medicine and director of the Raymond and Beverly Sackler Center for Biomedical and Physical Sciences at Weill Cornell Medical College.

"Finding the instructions that ultimately lead to cancer development, and to the especially bad outcome seen in patients with these different forms of ALL, is especially urgent. Epigenetic instructions are contained in many chemical layers. Our study is the first to integrate the decoding of many layers simultaneously, which has enabled us to unlock some of the mysteries explaining the malignant and aggressive behavior of these leukemias," says Dr. Melnick, who is also a hematologist-oncologist at NewYork-Presbyterian Hospital/Weill Cornell Medical Center.

The research team examined abnormalities in the "software" epigenetic programming that leads to the three forms of adult B-acute lymphoblastic leukemia (B-ALL), the most common form of ALL. These forms are BCR-ABL1-positive B-ALL, E2A-PBX1-positive B-ALL, and MLLr-B-ALL. These three B-ALL subtypes feature mutations of different master regulatory genes which force bone marrow cells to produce cancer-promoting proteins. Long-term survival is less than 40 percent among these patients.

"Similar to normal tissue, we believe that tumors may be dependent on specific patterns of epigenetic programming — especially in B-ALL, where studies suggests epigenomic programming is globally disrupted," Dr. Melnick says. "Our goal was to identify epigenetically modified genes and the molecular machines that cause them to become abnormally programmed."

To that end, the research team performed DNA methylation and gene expression profiling on 215 adult B-ALL patients enrolled in the ECOG E2993 clinical trial, a multi-center and multi-national study, testing different forms of treatment in patients with ALL.

Researchers identified core epigenetic gene signatures that were associated with abnormal fusion proteins. In the case of BCR-ABL1-positive B-ALL, they found that the most deregulated gene network centered around an extraordinarily epigenetically deregulated gene they identified as interleukin-2 receptor alpha, which encodes a protein called CD25.

"Among patients who had BCR-ABL1-positive B-ALL, it was those with aberrant epigenetic programming of CD25 that had significantly worse outcome," says Dr. Melnick. "It's the patients that have this programming glitch that do really poorly." Although the researchers don't yet know what CD25 does, and why it is important, they say CD25 will be a useful biomarker to test for patients that are at highest risk for poorer outcome.

Dr. Melnick stresses that therapeutic antibodies to the CD25 protein already exist that can, theoretically, destroy leukemic cells expressing this protein. The research team showed that using the CD25 antibody successfully killed BCR-ABL1-positive B-ALL in laboratory experiments. "One could potentially conceive of a human clinical trial where those antibodies are used to attack these cancerous cells," he says.

Researchers also discovered what is writing the bad software in the other two B-ALL subtypes. In both cases, the abnormal cancer proteins E2A-PBX1 and MLLr turn out to be directly involved in altering the epigenetic programming of leukemic cells. Remarkably, MLLr epigenetically turns on a powerful cancer protein called BCL6. In the study, drugs developed by Dr. Melnick that block BCL6 activity potently killed and suppressed the ALL cells in patients enrolled in this clinical trial, which warrants the testing of BCL6 inhibitors in this aggressive form of ALL.

"This study links the direct actions of oncogenic fusion proteins with disruption of epigenetic regulation that leads to abnormal production of cancer-driving genes," Dr. Melnick says. "It potentially provides us with a biomarker for cancer outcomes as well as potential treatments in these aggressive forms of leukemia."

This research study was supported by the Chemotherapy Foundation, Burroughs Wellcome Foundation, The Leukemia & Lymphoma Society and the Sackler Center for Biomedical and Physical Sciences at the Weill Cornell Medical College.

Weill Cornell Medical College, Cornell University's medical school located in New York City, is committed to excellence in research, teaching, patient care and the advancement of the art and science of medicine, locally, nationally and globally. Physicians and scientists of Weill Cornell Medical College are engaged in cutting-edge research from bench to bedside, aimed at unlocking mysteries of the human body in health and sickness and toward developing new treatments and prevention strategies. In its commitment to global health and education, Weill Cornell has a strong presence in places such as Qatar, Tanzania, Haiti, Brazil, Austria and Turkey. Through the historic Weill Cornell Medical College in Qatar, Cornell University is the first in the U.S. to offer a M.D. degree overseas. Weill Cornell is the birthplace of many medical advances — including the development of the Pap test for cervical cancer, the synthesis of penicillin, the first successful embryo-biopsy pregnancy and birth in the U.S., the first clinical trial of gene therapy for Parkinson's disease, and most recently, the world's first successful use of deep brain stimulation to treat a minimally conscious brain-injured patient. Weill Cornell Medical College is affiliated with NewYork-Presbyterian Hospital, where its faculty provides comprehensive patient care at NewYork-Presbyterian Hospital/Weill Cornell Medical Center. The Medical College is also affiliated with the Methodist Hospital in Houston. For more information, weill.cornell.edu.