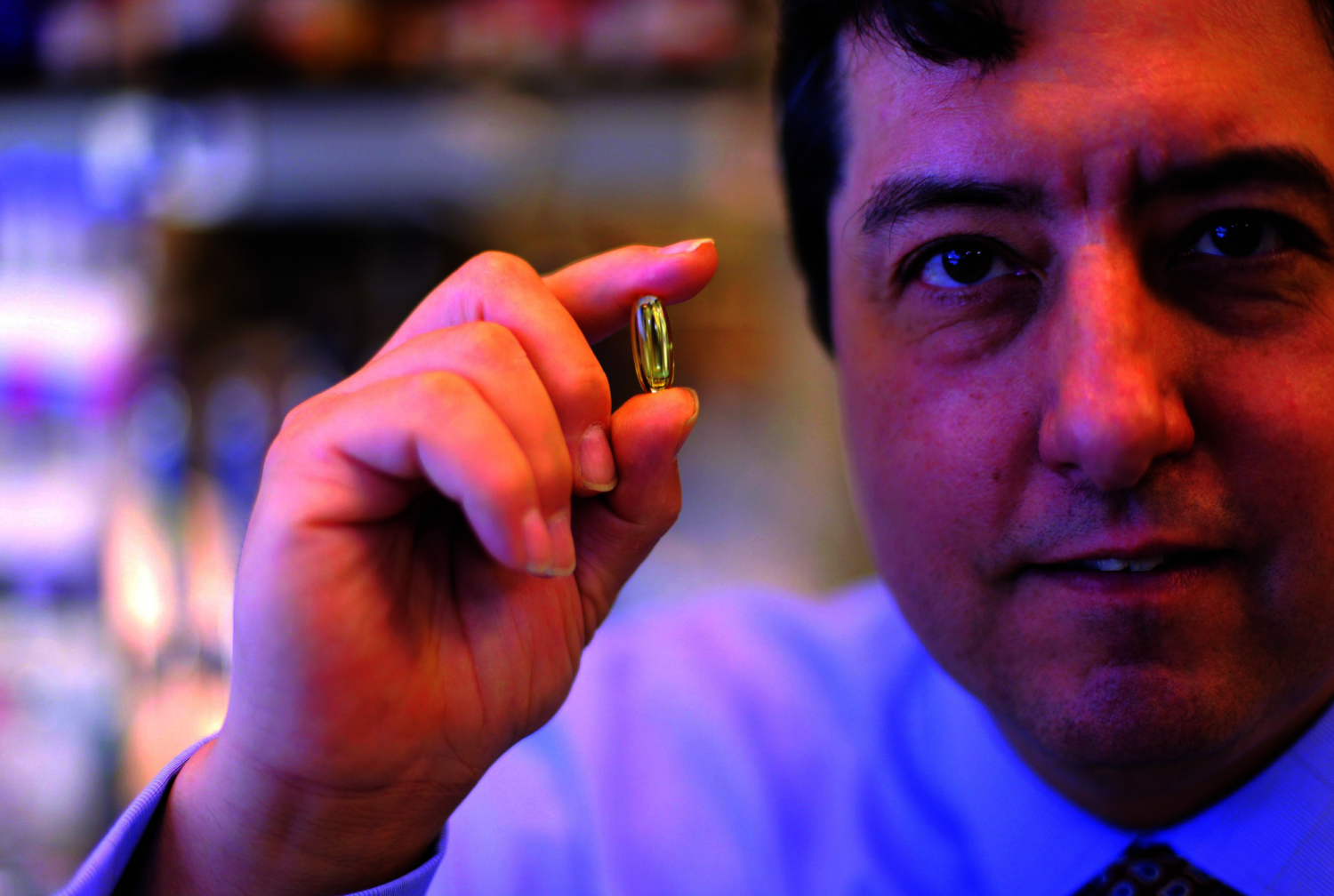 NEW YORK (June 14, 2012) — A novel form of vitamin B3 found in milk in small quantities produces remarkable health benefits in mice when high doses are administered, according to a new study conducted by researchers at Weill Cornell Medical College and the Polytechnic School in Lausanne, Switzerland.

The findings, recently reported in the June 2012 issue of the journal, Cell Metabolism, reveal that high doses of the vitamin precursor, nicotinamide riboside (NR) — a cousin of niacin — prevent obesity in mice that are fed a fatty diet, and also increase muscle performance, improve energy expenditure and prevent diabetes development, all without side effects.

The Swiss researchers, led by Dr. Johan Auwerx, performed the mouse experiments, while the ability to give the animals sufficient doses of NR was made possible by Weill Cornell Medical College researchers, who played key roles in uncovering the biological story of NR.

"This study is very important. It shows that in animals, the use of NR offers the health benefits of a low-calorie diet and exercise — without doing either one," says Dr. Anthony Sauve, associate professor of Pharmacology at Weill Cornell Medical College.

Dr. Sauve is the pharmacologist and organic chemist who has invented a simple method for efficiently synthesizing NR in large scale. He was first to show that NR increases nicotinamide adenine dinucleotide (NAD) levels in mammalian cells. NAD is a central player in energy metabolism. He has pioneered research into the compound, and he is a leader in investigating how NAD can signal adaptation in cells and in physiology.

"The research also suggests that the effects of NR could be even broader," Dr. Sauve says. "The bottom line is that NR improves the function of mitochondria, the cell's energy factories. Mitochondrial decline is the hallmark of many diseases associated with aging, such as cancer and neurodegeneration, and NR supplementation boosts mitochondrial functioning."

The Swiss researchers call NR a "hidden vitamin" that is believed to also be present in many other foods, although levels are low and difficult to measure. Nevertheless, the effects of NR on metabolism "are nothing short of astonishing."

The study depended on a series of crucial discoveries by Dr. Sauve and his laboratory colleagues.

NR, related to niacin and other common forms of vitamin B3, was first investigated more than 60 years ago by a Stanford researcher and 1959 Nobel Laureate, Arthur Kornberg. But little more was known about its effects in mammals until Dr. Sauve discovered the effect NR had in stimulating levels of NAD in mammalian cells — work he published in 2007.

NAD allows sugars, fats, and proteins to be converted into energy. Dr. Sauve's research provided the first evidence that NR enhances NAD levels in the mitochondria in mammalian cells in culture. These findings are published in the current study. These cell-based observations were key to the demonstration that NR could stimulate tissue NAD levels in animals, and that it could stimulate NAD-dependent sirtuins, which adapt physiology to the low calorie diets that are known to extend the lifespan of many organisms.

Dr. Sauve invented a relatively simple method for efficiently synthesizing NR in large scale so that its health benefits can be studied. This methodology, which makes it possible to make NR commercially available, was patented by Cornell's Center for Technology Enterprise and Commercialization and subsequently licensed to ChromaDex Corporation.

The development of a means to synthesize NR in adequate quantities was crucial to the current research, and the Sauve lab provided methods and NR to make the study possible. In addition, the biological observations on the effects of NR on NAD levels in cells and on mitochondria were key to the study. Finally, the Sauve laboratory has developed state of the art analytical methods to determine NAD levels in cells, tissues and organelles, and the laboratory provided several key metabolic measurements highlighted in the study.

"Our published scientific work has verified that NR is perhaps the most potent NAD enhancing agent ever identified," he says. His laboratory is also widely recognized for developing an expertise in the measurement of NAD metabolism in cell tissues.

With this compound, the Swiss researchers found that mice on a high-fat diet supplemented with NR gained significantly less weight (60 percent) than mice fed the same diet without NR, even though the mice supplemented with NR ate the same amount of food as mice on the high fat diet not treated with NR. They had improved energy. They were in better shape than the untreated mice, with significantly better endurance and stronger muscles. Additionally, none of the treated mice developed diabetes, as seen in the untreated mice on the high fat diet. And when fed a normal diet, NR treated mice had improved sensitivity to insulin. The NR treated mice also showed lower cholesterol levels. All of these benefits came without toxicity.

While the new study demonstrates that high doses of NR can largely prevent the negative health consequences of a poor diet in mice, Dr. Sauve stresses that the effects of high doses of the vitamin in humans have not been evaluated. "It is important to keep in mind that the amount of NR in milk and other foods appears to be small. We don't know what effects NR would have in humans at relatively high doses," he says.

"Still, we have very encouraging evidence of benefits of NR and NAD augmentation in general from this animal study — and much more work to do," he says.

The study's senior investigator Dr. Auwerx is head of Laboratory of Integrative Systems Physiology at the Polytechnic School in Lausanne (École Polytechnique Fédérale de Lausanne or EPFL) and the first author is Dr. Carles Cantó, also of EPFL.