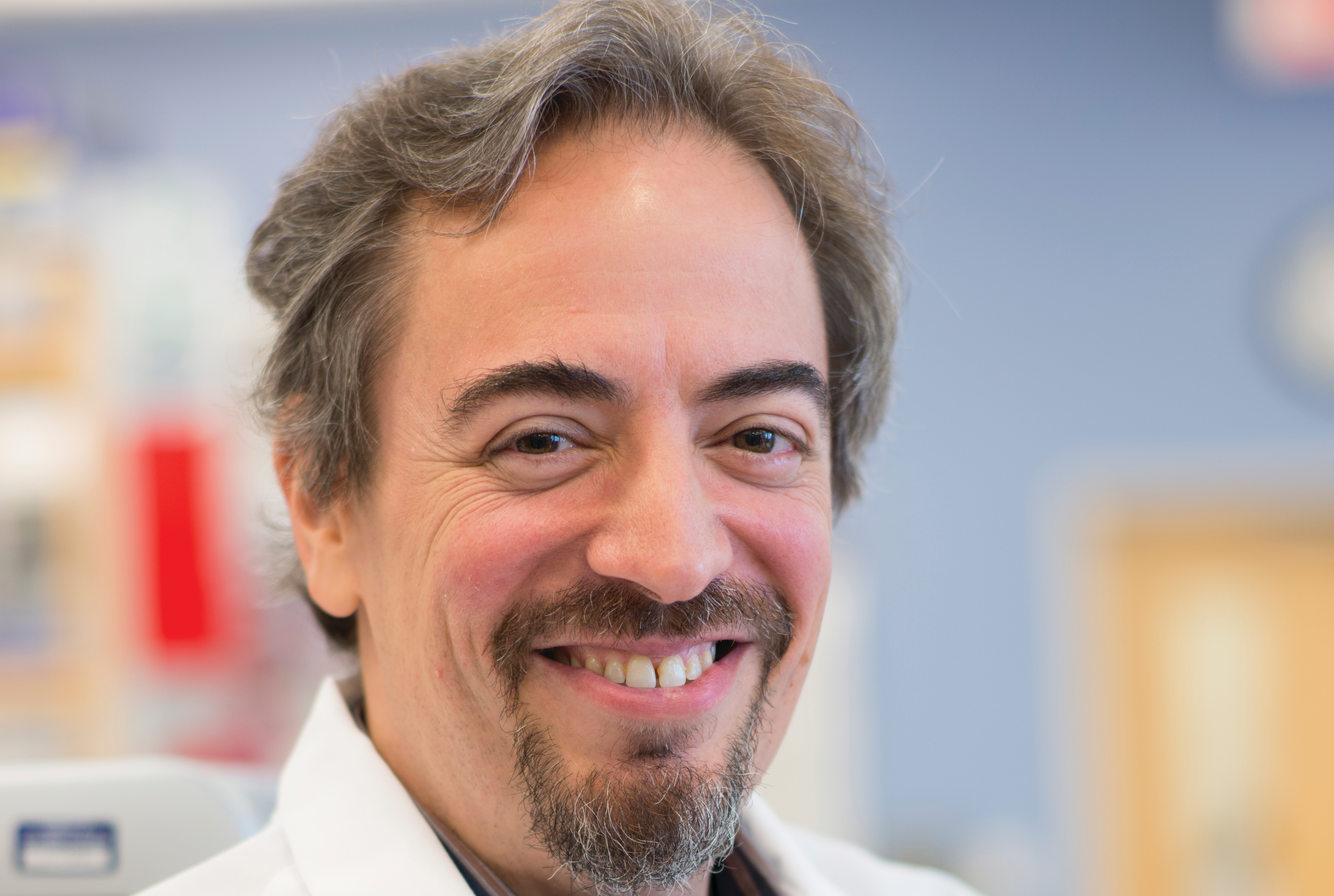 NEW YORK (Dec. 1, 2011) — One major obstacle in the fight against cancer is that anticancer drugs often affect normal cells in addition to tumor cells, resulting in significant side effects. Yet research into development of less harmful treatments geared toward the targeting of specific cancer-causing mechanisms is hampered by lack of knowledge of the molecular pathways that drive cancers in individual patients.

"A major goal of cancer research is to replace chemotherapy with drugs that correct specific molecular pathways disrupted by cancer," says Dr. Ari Melnick, one of the study's lead investigators and director of the Raymond and Beverly Sackler Center for Biomedical and Physical Sciences and associate professor of medicine at Weill Cornell Medical College. "But looking for mutations isn't always the way to find the most important factors that are keeping cancer cells alive."

Through a collaboration among Weill Cornell Medical College, the Sloan-Kettering Institute at Memorial Sloan-Kettering Cancer Center and the National Cancer Institute (NCI), a team of scientists has now reported that a tumor-targeting compound called PU-H71 can reveal with great accuracy the set of altered pathways that contribute to malignancy. Because the drug specifically binds to abnormal protein complexes in cancer cells, it could lead to the development of more targeted and effective therapies that produce fewer side effects. These findings were recently published in the journal Nature Chemical Biology.

"The holy grail in the field was to develop some way to figure out what factors keep cancer cells alive, regardless of whether they have mutations," says Dr. Melnick. "In this paper, we present a method to do just that."

Through nearly a decade of research, PU-H71 was discovered and refined in the laboratory of Dr. Gabriela Chiosis, associate member of the Molecular Pharmacology and Chemistry Program at the Sloan-Kettering Institute and an associate attending chemist of Memorial Hospital, Memorial-Sloan Kettering Cancer Center. Dr. Chiosis, who is the senior investigator in this new study, reported initial findings about the drug five years ago. The compound was designed to inhibit heat shock protein 90 (Hsp90), which helps other proteins fold into the correct three-dimensional shape and function properly.

Hsp90 plays an essential role in the ability of cells to tolerate stress. The altered growth and metabolism of tumors induce a high degree of stress in these cells. To cope with this stress, tumor cells produce a special form of Hsp90 that is tuned to specially protect those proteins required for their growth and survival. Because this tumor/stress form of Hsp90 regulates many pathways that go awry in cancer, it is a more promising drug target than current targets that play a role in only a single pathway, Dr. Chiosis says. Importantly, PU-H71 specifically suppresses the cancer form of Hsp90 but has little effect on Hsp90 in normal cells.

Several years ago, Dr. Chiosis partnered with Dr. Melnick to examine the effectiveness of PU-H71 in treating breast cancer and lymphomas, and they have previously reported that the drug has dramatic antitumor effects without being toxic to animals. As a result of the drug's success in fighting these two aggressive types of cancer, the research team received approval from the National Cancer Institute to carry out clinical trials. Patients are currently being recruited for the first trial, which will test the drug's safety in treating a variety of tumor types, and subsequent clinical trials are being planned for patients with lymphomas, breast cancer, chemotherapy-resistant leukemia and other specific types of cancer.

In their new study Dr. Chiosis, Dr. Melnick, and collaborators demonstrated that because PU-H71 binds to tumor-Hsp90, and tumor-Hsp90 binds to proteins that are required for tumor survival, it is possible to use PU-H71 as a method to "fish out" entire networks of abnormal proteins in tumor cells in an unbiased fashion, which has not been possible up until now. Importantly, many or even most of the genes encoding proteins that maintain tumor cell survival are not mutated in tumors. Hence genetic screening would not be able to detect these networks, Dr. Melnick says. "The value of this method is that it's the first time you can go and probe the functional proteome, or the whole set of proteins that are important to maintaining the tumor." This strategy opens up new avenues for understanding in greater detail the molecular basis of cancer and identifying novel drug targets.

For example, in chronic myeloid leukemia cells, the PU-H71 drug preferentially binds to the Hsp90 complex containing Bcr-Abl, an abnormal protein that is overactive in these cells, rather than to Hsp90 associated with the normal protein Abl. Similar findings were observed in other tumor types, with PU-H71-Hsp90 complexes protecting only the tumor-associated proteins.

The researchers then used PU-H71 and proteomic analyses to identify all of the abnormal proteins bound to Hsp90 in chronic myeloid leukemia cells and built networks of these proteins using bioinformatics analyses. They found that these proteins are part of signaling pathways involved in cell death, growth and division. Bcr-Abl is known to use many of these pathways to propagate abnormal signaling in this type of cancer cell. The researchers experimentally confirmed that proteins from these pathways are crucial for cancer cell growth, division and survival, suggesting that their approach can be used to accurately identify Bcr-Abl-related protein networks. Moreover, the same experiments identified many proteins not previously known to drive chronic myeloid leukemia cells. One example of such a protein was CARM1, a regulator of gene expression, which the investigators showed maintains survival of these tumor cells.

Importantly, this PU-H71 cancer proteome method can also be used to identify networks of abnormal proteins in the cells from individual patients, paving the way to personalized therapies that target multiple pathways. "No two tumors are exactly alike, and we don't really know what is driving cancer in one patient versus the other," the researchers say. "If you can use this method to identify in a given individual the factors that are maintaining that patient's particular cancer, then you could develop targeted drugs that hit these specific factors — in effect, designing personalized therapy for individual patients."

Based on these findings, Dr. Melnick and Dr. Chiosis recently received a multi-investigator collaborative grant from the National Cancer Institute to use this new PU-H71 proteome method to identify the proteins that maintain the survival of lymphoma cells. This funding is an example of how collaboration between investigators and institutions can synergistically accelerate the pace of biomedical research.

The Raymond and Beverly Sackler Center for Biomedical and Physical Sciences

The Raymond and Beverly Sackler Center for Biomedical and Physical Sciences of Weill Cornell Medical College brings together a multidisciplinary team of scientists for the purpose of catalyzing major advances in medicine. By harnessing the combined power of experimental approaches rooted in the physical and biological sciences, Sackler Center investigators can best accelerate the pace of discovery and translate these findings for the benefit of patients with various medical conditions including but not limited to cancer.