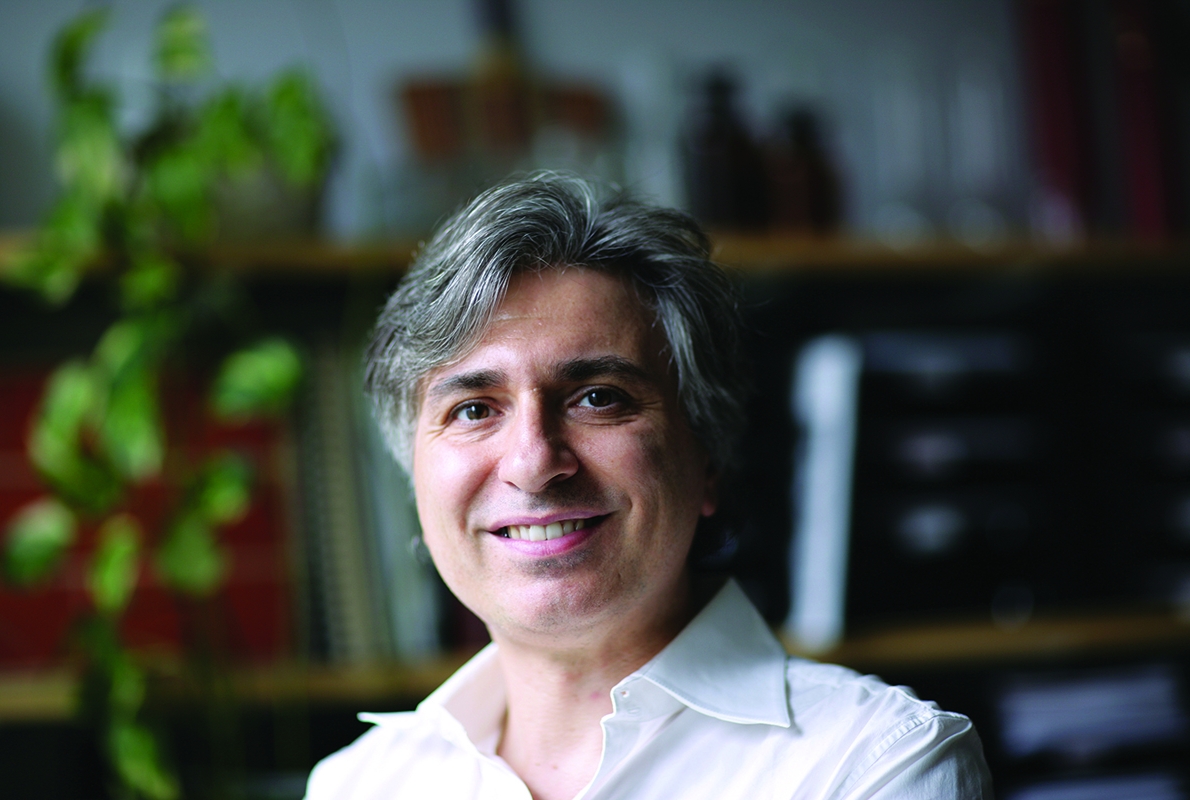 NEW YORK (MAY 22, 2008) — Researchers from Weill Cornell Medical College may have discovered the precise role of a gene in one of the world's most common blood disorders, beta-thalassemia, commonly known as Cooley's anemia. Along with sickle-cell anemia, Cooley's anemia is the most commonly inherited disease in the world, affecting many people of Mediterranean descent, and 20 out of every 100,000 African-Americans. The World Health Organization estimates that between 50,000-100,000 children are born with the disease each year.

The research is published in the latest online issue of the journal Blood, the official publication of the American Society of Hematology (ASH).

In Cooley's anemia, hemoglobin — the oxygen-carrying molecule on red blood cells — is mutated and non-functioning, resulting in a low red-blood-cell count. Common symptoms of the disease include fatigue, shortness of breath and an enlarged spleen, called splenomegaly, caused by a buildup of malformed red blood cells within the body. The spleen works to filter out these unhealthy cells in order to protect the body from harm, such as in a stroke, but eventually the spleen becomes over-stuffed and is commonly surgically removed (splenectomy) in order to prevent a potentially fatal burst. Unfortunately, after the spleen is removed, patients are at a much greater risk for stroke and infections.

Dr. Stefano Rivella, the study's senior author and assistant professor of genetic medicine in pediatrics at Weill Cornell Medical College, in New York City, believes that he and his collaborators may have found a way around splenectomy. After giving mice with Cooley a compound called JAK2 inhibitor, the researchers found that the mice's spleens shrunk to normal sizes, and they began to produce normal red blood cells. The chemical (a similar compound is already in a Phase I clinical trial for myelodysplastic syndromes — another blood disorder) blocks the activity of the JAK2 gene that is highly expressed in Cooley's anemia, and is believed to play a crucial role in the malformation of red blood cells.

Mutations in the beta globin gene can lead to thalassemia or sickle-cell anemia. Thalassemia and sickle-cell anemia are quite common, not only in Mediterranean, but also in African, African-American, and Asian populations; however, specific sets of mutations are associated with different ethnic groups. It has been estimated that approximately seven percent of the world population are carriers of such disorders, and that 300,000-400,000 babies with severe forms of these diseases are born each year.

Beta-thalassemia, one of the most common of the congenital anemias, is due to partial or complete lack of synthesis of beta-globin chains. Cooley's anemia, also known as beta-thalassemia major, the most severe form of this disease, is characterized by ineffective erythropoiesis (IE) and extra medullary hematopoiesis (EMH), requiring regular transfusions to sustain life. In beta-thalassemia intermedia, where a greater number of beta-globin chains are synthesized, the clinical picture is milder, and patients do not require frequent transfusions. However, hemoglobin (Hb) levels often decrease over time, splenomegaly appears, and progressive iron overload occurs from increased gastrointestinal iron absorption.

Despite its prevalence, Cooley's anemia (beta-thalassemia) is an orphan disease, of which studies are rare and not well-funded. Current disease management includes prenatal diagnosis, transfusion therapy, iron chelation and allogeneic bone marrow transplantation (BMT). The hallmark of the disease is ineffective erythropoiesis (IE), which leads to erythroid marrow expansion to as much as 30 times the normal level. Extra-medullary erythropoietic tissues, primarily in the thorax and the paraspinal regions, can be stimulated to expand, leading to the characteristic deformities of the skull and face, osteopenia, and demineralization of the bones, which are then prone to fractures. Despite excessive erythropoietic activity, affected persons suffer from anemia, which is exacerbated by progressive splenomegaly and an increase in plasma volume as a result of shunting through the expanded marrow.

After splenectomy, patients are considered immunocompromised, and so should be placed on lifelong prophylactic oral antibiotics. Patients should also be vaccinated against common viral infections, and should receive annual influenza vaccinations.

Researchers are still learning about the health effects that stem from years of living with reduced or deficient globin proteins. An emerging realization is that removal of the spleen can cause an increase in the risk of life-threatening blood clots. Splenectomy is common for thalassemia patients because their red blood cells are crippled or dead, so the spleen has to work overtime and can become enlarged.

Researchers are only now discovering why splenectomy leads to clots. Injury of endothelial cells may lead to a coagulation cascade, involving the activation of endothelial adhesion proteins, monocytes, granulocytes and platelets. Alternatively, the splenectomy might result in an imbalance between coagulation factors and anticoagulation factors. Dr. Cappellini has recommended short-term anticoagulants such as heparin after surgery, and prophylactic anticoagulants any time thalassemic patients are exposed to thrombolytic risk factors such as surgery, prolonged immobilization or pregnancy. Oral contraceptives should be avoided because they carry their own risk of thrombosis.

This study was funded by grants from the National Institutes of Health (NIH), the Carlo and Micol Schejola Foundation, the Roche Foundation for Anemia Research (RoFAR), the Cooley's Anemia Foundation (CAF), the Children's Cancer and Blood Foundation (CCBF), the Associazione per la Lotta alla Talassemia di Rovigo (AVLT), and the American Portuguese Biomedical Fund.

Weill Cornell Medical College, Cornell University's medical school located in New York City, is committed to excellence in research, teaching, patient care and the advancement of the art and science of medicine, locally, nationally and globally. Weill Cornell, which is a principal academic affiliate of NewYork-Presbyterian Hospital, offers an innovative curriculum that integrates the teaching of basic and clinical sciences, problem-based learning, office-based preceptorships, and primary care and doctoring courses. Physicians and scientists of Weill Cornell Medical College are engaged in cutting-edge research in areas such as stem cells, genetics and gene therapy, geriatrics, neuroscience, structural biology, cardiovascular medicine, transplantation medicine, infectious disease, obesity, cancer, psychiatry and public health -- and continue to delve ever deeper into the molecular basis of disease in an effort to unlock the mysteries of the human body in health and sickness. In its commitment to global health and education, the Medical College has a strong presence in places such as Qatar, Tanzania, Haiti, Brazil, Austria and Turkey. Through the historic Weill Cornell Medical College in Qatar, Cornell University is the first in the U.S. to offer a M.D. degree overseas. Weill Cornell is the birthplace of many medical advances -- including the development of the Pap test for cervical cancer, the synthesis of penicillin, the first successful embryo-biopsy pregnancy and birth in the U.S., the first clinical trial of gene therapy for Parkinson's disease, the first indication of bone marrow's critical role in tumor growth, and most recently, the world's first successful use of deep brain stimulation to treat a minimally-conscious brain-injured patient. For more information, visit www.med.cornell.edu.
Andrew Klein
ank2017@med.cornell.edu