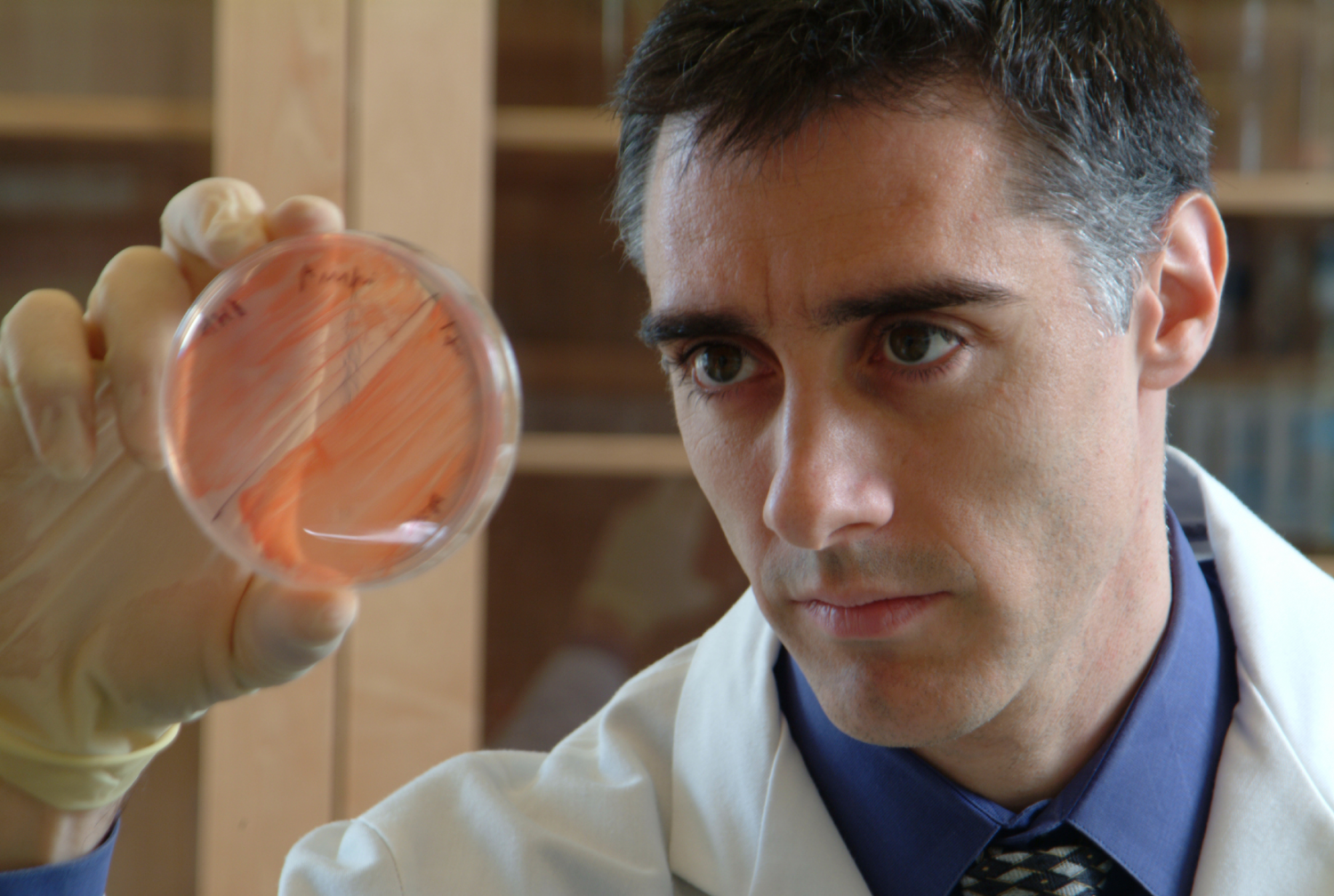 NEW YORK (Dec. 27, 2007) — Over the course of the 20th Century, doctors waged war against infectious bacterial illness with the best new weapon they had: antibiotics.

But the emergence of dangerous, multi-drug resistant strains of tuberculosis and other killer infections means that in the 21st century antibiotics are losing ground against bacterial disease.

Now, researchers from Weill Cornell Medical College in New York City say exciting new molecular targets—so-called "virulence factors" that bacteria use to thrive once they are in the host—present an alternative, potent means of stopping TB, leprosy and other bacterial illness.

"With this work, we now have proof of principle for the inhibition of this virulence factor in bacteria cultured in the lab. Our next step is to explore whether this inhibitor can stop these pathogens from multiplying in a mouse host, curtailing infection," Dr. Quadri says.

The findings—published online today in Chemistry and Biology and appearing in the journal's Jan. 26 print edition—highlight what Dr. Quadri has called a "paradigm shift" in infectious disease research.

"We are moving beyond antimicrobials such as antibiotics, which kill the bacterium directly, to anti-infectives, that may have no effect against the pathogen in the test tube but which do compromise its ability to infect and spread in the host," he explains. "We believe that the expansion of the drug armamentarium to include such anti-infective drugs could help the fight against multi-drug resistant infection that has become such a challenge today."

"Obviously, we are going to require more than the traditional antimicrobial approach to turn this situation around," Dr. Quadri says.

Various strains of M. tuberculosis use PGLs to weaken our body defenses whereas M. leprae uses PGLs to damage and invade our nerve cells during infection.

In complex work in the laboratory, the researchers investigated and then elucidated a crucial, early step in PGL biosynthesis. They also pinpointed a key enzyme, called FadD22, that is essential to that stage of the process.

"Based on that, we collaborated with Dr. Derek Tan's lab at Memorial Sloan-Kettering Cancer Center to synthesize a molecule that targets FadD22 and successfully inhibits that early step in PGL production," Dr. Quadri said.

Work is already underway to come up with other, even more potent PGL biosynthesis inhibitors, Dr. Quadri says, with an eye to testing the best candidates in an animal model.

"We are not saying that anti-infectives will ever replace antibiotics, but with pathogens as deadly as M. tuberculosis or as debilitating as M. leprae, you'd ideally like to have as many pharmaceutical weapons in your armamentarium as you can, to use either alone or in combination," Dr. Quadri says.

The new discoveries are highly encouraging, he adds.

"I believe that drugs targeting virulence factors are just one component of the paradigm shift in the antimicrobial drug discovery for the 21st century—one that will offer patients more options in the fight against truly global killers," he says.

Weill Cornell Medical College—Cornell University's Medical School located in New York City—is committed to excellence in research, teaching, patient care and the advancement of the art and science of medicine, locally, nationally and globally. Weill Cornell, which is a principal academic affiliate of NewYork-Presbyterian Hospital, offers an innovative curriculum that integrates the teaching of basic and clinical sciences, problem-based learning, office-based preceptorships, and primary care and doctoring courses. Physicians and scientists of Weill Cornell Medical College are engaged in cutting-edge research in such areas as stem cells, genetics and gene therapy, geriatrics, neuroscience, structural biology, cardiovascular medicine, infectious disease, obesity, cancer, psychiatry and public health—and continue to delve ever deeper into the molecular basis of disease in an effort to unlock the mysteries behind the human body and the malfunctions that result in serious medical disorders. The Medical College—in its commitment to global health and education—has a strong presence in such places as Qatar, Tanzania, Haiti, Brazil, Austria and Turkey. With the historic Weill Cornell Medical College in Qatar, Cornell University is the first in the U.S. to offer a M.D. degree overseas. Weill Cornell is the birthplace of many medical advances—from the development of the Pap test for cervical cancer to the synthesis of penicillin, the first successful embryo-biopsy pregnancy and birth in the U.S., the first clinical trial for gene therapy for Parkinson's disease, the first indication of bone marrow's critical role in tumor growth, and, most recently, the world's first successful use of deep brain stimulation to treat a minimally-conscious brain-injured patient. For more information, visit www.med.cornell.edu.
Andrew Klein
ank2017@med.cornell.edu