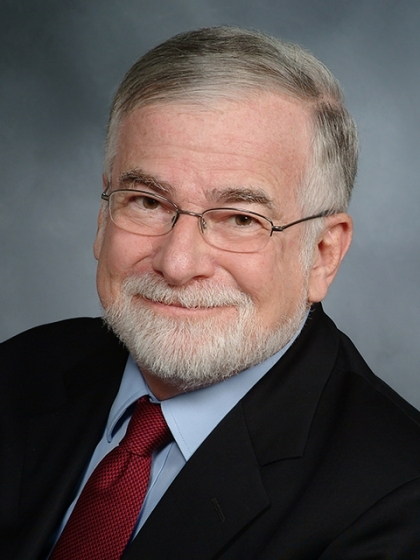 At Weill Cornell, he will have administrative responsibility for the largest and most complex department, which includes 240 full-time faculty, 13 clinical divisions and two centers—the Iris Cantor Women's Health Center and Cornell Internal Medicine Associates.

"Our mission is to provide every patient with the highest quality patient care, introducing the most effective treatment options and providing personalized compassionate care. Dr. Schafer shares this commitment, and I am confident he will help advance care and enhance the patient's experience of visiting the doctor," says Dr. Herbert Pardes, president and CEO of NewYork-Presbyterian Hospital.

"It's an honor to join two world-class institutions known for their outstanding care, innovative biomedical research and premier medical education. I enthusiastically look forward to working with faculty within the Department, the Hospital and College leaderships, and colleagues in New York, Ithaca and beyond," says Dr. Schafer.

Dr. Schafer, who is president of the American Society of Hematology, is an authority on coagulation, thrombosis, hemostasis, platelet function and vascular cell biology. He is the author of more than 200 original articles in the field and has edited or co-edited five textbooks. He has been principal investigator of National Institute of Health (NIH) research grants continuously for over 25 years in the area of platelet and vascular cell biology.

Dr. Schafer earned his medical degree from the University of Pennsylvania, completed residency at the University of Chicago, and a fellowship in hematology at the Harvard Medical School affiliate Peter Bent Brigham Hospital (now known as Brigham and Women's Hospital) and Harvard Medical School. In 1981, he joined the faculty of Harvard Medical School as assistant professor of medicine and was promoted to associate professor in 1987. From 1984 to 1989, he was also chief of hematology and oncology at both West Roxbury and Brockton Veterans Administration Hospitals, in Boston and Brockton, Mass., respectively. In 1989, Dr. Schafer began his tenure at Baylor College of Medicine in Houston while simultaneously becoming adjunct professor of biomedical engineering at Rice University. At Baylor, he served as associate dean of the School of Medicine. In 1998, he was named chairman of the Department of Medicine, and chief of the Internal Medicine Service at The Methodist Hospital in Houston. In 2002, he was appointed chairman of the Department of Medicine at the University of Pennsylvania School of Medicine, a position he held until joining Weill Cornell.

Dr. Schafer holds leadership positions and memberships in many prestigious professional groups and societies. Currently, he serves on the Board of Extramural Advisors of the National Heart, Lung and Blood Institute of the NIH. Dr. Schafer is a fellow in the American Heart Association's Council on Arteriosclerosis, Thrombosis and Vascular Biology; long-standing member and former secretary-treasurer of the American Society of Clinical Investigation; member of the Association of American Physicians; and on the Board of Directors of the Association of Professors of Medicine.

He is the recipient of the 1984 Harvard Medical School Milton Fund Award, and was named Established Investigator of the American Heart Association for his work in platelet and vascular cell biology.

Dr. Schafer was born in Budapest, Hungary. He is married with three children.

Weill Cornell Medical College—Cornell University's Medical School located in New York City—is committed to excellence in research, teaching, patient care and the advancement of the art and science of medicine, locally, nationally and globally. Weill Cornell, which is a principal academic affiliate of NewYork-Presbyterian Hospital, offers an innovative curriculum that integrates the teaching of basic and clinical sciences, problem-based learning, office-based preceptorships, and primary care and doctoring courses. Physicians and scientists of Weill Cornell Medical College are engaged in cutting-edge research in such areas as stem cells, genetics and gene therapy, geriatrics, neuroscience, structural biology, cardiovascular medicine, AIDS, obesity, cancer, psychiatry and public health—and continue to delve ever deeper into the molecular basis of disease in an effort to unlock the mysteries behind the human body and the malfunctions that result in serious medical disorders. The Medical College—in its commitment to global health and education—has a strong presence in such places as Qatar, Tanzania, Haiti, Brazil, Salzburg, and Turkey. With the historic Weill Cornell Medical College in Qatar, Cornell University is the first in the U.S. to offer a M.D. degree overseas. Weill Cornell is the birthplace of many medical advances—from the development of the Pap test for cervical cancer to the synthesis of penicillin, the first successful embryo-biopsy pregnancy and birth in the U.S., the first clinical trial for gene therapy for Parkinson's disease, the first indication of bone marrow's critical role in tumor growth, and, most recently, the world's first successful use of deep brain stimulation to treat a minimally-conscious brain-injured patient. For more information, visit www.med.cornell.edu.