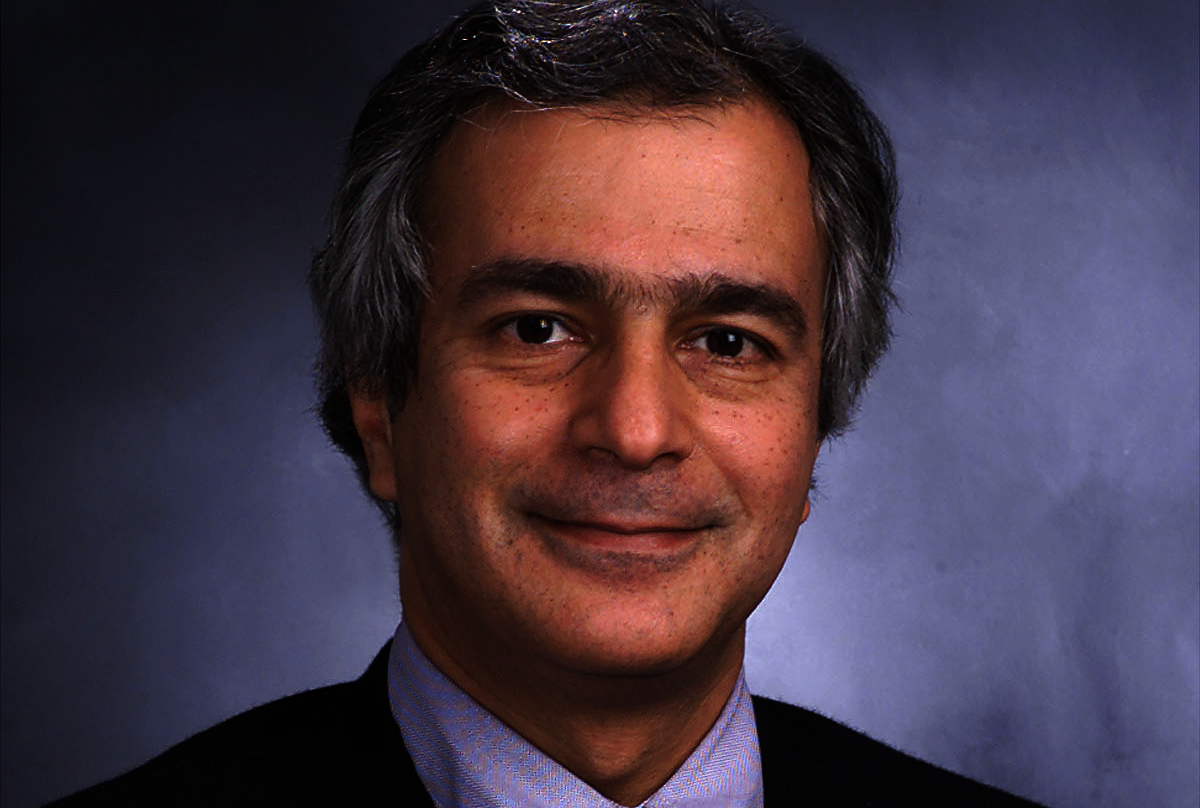 "This outstanding gift will help us spearhead research that results in important advances in the prevention, diagnosis, and treatment of lung cancer," says Dr. Antonio M. Gotto Jr., the Stephen and Suzanne Weiss Dean of Weill Cornell Medical College. "It will fortify us to battle the most common malignant disease in the world, and the leading cause of cancer deaths in this country."

"We are proud to play a role in a project with such potential to save lives. We applaud Weill Cornell Medical College for supporting Dr. Altorki's work so significantly," says Francine S. Kittredge, President of The Lehman Brothers Foundation. The gift represents one of the largest that the Foundation has given to date.

"This generous gift to help establish the Lehman Brothers Lung Cancer Research Center will empower us to significantly expand our work in lung cancer research, especially in the area of genetics," says Dr. Altorki, the David B. Skinner, M.D. Professor of Thoracic Surgery at Weill Cornell Medical College, and Director of the Division of Thoracic Surgery at NewYork-Presbyterian Hospital/Weill Cornell Medical Center. "Our success in translating laboratory breakthroughs into novel treatments is critical to combat the leading cancer killer in this country. This disease's economic impact is almost incalculable, and its human cost is a tragedy unlike any other."

The gift from The Lehman Brothers Foundation — along with other philanthropic contributions, notably from Dr. Albert E. Johnson and Weill Cornell Medical College Overseer Dr. Madelyn Antoncic — will help fund the creation of a state-of-the-art, 1,900-square-foot cancer research laboratory, as well as support the recruitment and retention of world-class experts in the genetics and molecular abnormalities of lung cancer.

Total philanthropic support of $14.5 million, yet to be fully funded, will finance the Lung Cancer Research Institute, which will be one-of-a-kind worldwide and will substantially expedite the translation of laboratory discoveries to the clinic without impedance at multiple levels. As such, the Institute will be an attractive partner for industry sponsors and the National Cancer Institute (NCI).

In addition to the Lehman Brothers Lung Cancer Research Center, The Lung Cancer Research Institute will include a bio-informatics system for the development and maintenance of a patient registry, clinical and research databases, and a clinical research office that oversees development and processing of protocols with timely implementation as well as data collection and analysis. A Young Investigator Development Fund, dedicated to mentoring and supporting young scientists who wish to develop a career in lung cancer translational research, will also be established as part of the Institute.

Under the leadership of Dr. Altorki, the lung cancer program at NewYork-Presbyterian/Weill Cornell has developed into a leading international center of clinical excellence. The clinical lung cancer program includes thoracic surgeons, medical and radiation oncologists, and chest radiologists. In addition to providing state-of-the-art medical care for lung cancer patients, the program has been equally devoted to translational research on the premise that improvements in patient outcome and survival will only be achieved with a balanced research program.

In addition to overseeing the clinical lung cancer program at NewYork-Presbyterian/Weill Cornell, Dr. Altorki currently leads a major undertaking in the field of novel treatment through a unique clinical trials program that evaluates the role of lung cancer vaccines and cyclooxygenase (COX) inhibitors as adjuncts to chemotherapy.

Moreover — and in collaboration with Dr. Andrew Dannenberg — Dr. Altorki's group is actively involved in an NIH-supported program, led by Dr. Dannenberg, to evaluate the effects of cigarette smoke in cancer formation and the possible means to reduce the risk of the development of lung cancer among current and former smokers. Also, research efforts at Weill Cornell over the past 10 years have focused on early detection and treatment of lung cancer. For example, under the leadership of Dr. Claudia Henschke, screening for lung cancer using low dose CT scans has emerged as a powerful tool and is currently employed by numerous centers around the world.

Lung cancer is the leading cancer killer in both men and women. In fact, deaths from lung cancer exceed those from colon cancer, breast cancer, and prostate cancer combined. Lung cancer has long surpassed breast cancer as the leading cause of cancer deaths in women, with 73,020 deaths recorded from lung cancer in 2005 compared to 40,410 deaths from breast cancer in the same year. These figures reflect an increase in the incidence of lung cancer among women both in the United States and worldwide. Formerly a disease afflicting men with an almost 9-to-1 ratio, approximately 46 percent of the 172,570 new cases diagnosed in 2005 were in women. This trend is expected to continue over the next several decades.

Today, only 14 percent of all individuals diagnosed with lung cancer will survive their disease for five years — a startling low number when one considers that the cure rate was 10 percent 40 years ago. Cure is essentially limited to those comparatively few whose cancer is detected at an early stage and surgically removed. This is, unfortunately, not the case in the majority of patients.

Worldwide, the disease strikes an estimated 1.3 million people annually, and 1.1 million will die of lung cancer every year. In the U.S., approximately 172,570 new cases of lung cancer are estimated to have been diagnosed in 2005. In the same year, it is estimated there were approximately 163,510 deaths from lung cancer. While a great proportion of those cases were caused by smoking, a startling number of cases, approximately 13 percent, involved people who never smoked a day in their lives. Despite significant efforts directed at smoking cessation, including legislation that increases cigarette taxes and prohibits smoking in public places, the incidence of lung cancer is expected to increase for the foreseeable future. Moreover, many people who do quit may find themselves facing lung cancer 20 or even 30 years later.

"One of our goals as a Foundation," observes Mrs. Kittredge, "has been to help confront the major healthcare challenges of our time. Lung cancer is no exception. We are committed to making a significant impact on this dreaded disease, and we believe the new Lehman Brothers Lung Cancer Research Center at Weill Cornell will help to accomplish that."

"Awareness must be raised about lung cancer, long thought of as a self-inflicted disease," says Dr. Altorki. "Unfortunately, the grim statistics tell us otherwise, and those who are afflicted realize it does not discriminate. Any one of us can get it. While lung cancer is the leading, deadliest cancer killer, funding for lung cancer is dwarfed by funding for other cancers. Unfortunately, there has not been a major sponsor or spokesperson for lung cancer as there has been for other cancers. For example, with the intense attention and strong financial support for prostate cancer over the last decade, there has been a 26 percent decline in the per capita death rates for prostate cancer since the mid-90's, according to the NCI. That's exactly what we want to accomplish for lung cancer."

"I believe that the establishment of the Lung Cancer Research Institute at Weill Cornell," says Dr. Gotto, "will continue to propel forward the pioneering research conducted by Dr. Altorki and his team in improving the treatment of lung cancer. Collectively, we need to do everything humanly possible to try to eradicate this dreaded and deadly disease. And I am fully committed to this effort."

Dr. Nasser Altorki is best known for his clinical research in the use of COX-2 inhibitors in the treatment of lung and esophageal cancer, the development of a lung cancer vaccine, and the early detection and diagnosis of lung cancer using CT scans — work done with the Early Lung Cancer Action Project. His recent published findings include a report that tumor size predicts survival in the most common type of lung cancer (Stage IA), and that tobacco smoke induces CYP1B1 (a marker for cancer) in the aerodigestive tract. Dr. Altorki is also well known for his expertise in surgical management of lung cancer and esophageal disease, having performed one of the first laparoscopic (minimally invasive) thoracoscopies in the tri-state metropolitan region.

Dr. Altorki completed his residency in general surgery at the University of Chicago Hospitals, where he subsequently did a fellowship in thoracic and cardiovascular surgery. He began his teaching and hospital appointments at the Weill Medical College of Cornell University and NewYork-Presbyterian Hospital/Weill Cornell Medical Center. He teaches courses on thoracic surgery to medical students at Weill Cornell and at several national and international meetings. Additionally, he has hosted numerous visiting surgeons and scholars from the U.S. and abroad who are interested in esophageal and lung cancer surgery and research. Dr. Altorki is a member of several medical societies that focus on thoracic surgery as well as cancer treatment and prevention. He has published a number of journal articles, book chapters, and manuscript reviews on these topics.
Office of Public Affairs
pr@nyp.org