Jessica Buck spent most of her life overseas, leaving her hometown of Dallas as an infant for Norway, Scotland and Indonesia. But as a Native American, Buck has never forgotten where she comes from.

A member of the small Caddo Nation of Oklahoma, Buck, 23, has been entrenched in her Native culture no matter where life's taken her. While living in Jakarta, Buck would make it a point to return to Oklahoma every summer to attend her family's powwows. During her undergraduate studies at Harvard University, Buck was awarded a research grant to travel to the Caddo Nation and conduct research for a project on indigenous oral traditions. And in the year after graduating Harvard, she worked at the American Indian Community House in New York City as a behavioral health case manager, providing referral services to those in need of help as well as organizing youth programs for local Native children.

Now, as a first-year medical student at Weill Cornell Medical College in the Class of 2017, Buck is as passionate about providing culturally sensitive health care and closing health disparities among Native populations as she is about recruiting more Native doctors.

"On tribal lands, there are very few Native American doctors or nurses working in hospitals that primarily serve Native American populations," she said. "That is something I want to change."

Buck always saw herself as a doctor, but she didn't realize the exact trajectory of her aspiring career until college.

She was always very close to her Native identity even as she was far removed from her Native lands. Her father works in the oil industry, and his job took their family all over the globe: Norway for three years, Scotland for five, and Indonesia on and off for more than six years (her father now lives in Russia).

Of all the places she's lived, Jakarta is where Buck calls home. She discovered at a young age that she enjoyed science and was encouraged by her parents to consider medicine as a profession. So in addition to her studies, Buck did what most teens do: compete in sporting events, hang out with friends and volunteer for community service. She became immersed in Indonesian culture — but never forgot her own.

"Growing up in Indonesia was different, and was a bit of an identity crisis," she said, "because in Indonesia I was simply American, but being a Native American and being a part of the Caddo Nation is a big part of my identity."

While she never missed a powwow — "I think my grandma would have killed us," she said — the distance precluded her from becoming a tribal princess, which requires year-round attendance at powwows and other Caddo tribal events.

To this day she regrets losing those opportunities, and was determined to be more active in Native American affairs. While studying pre-med at Harvard, she connected with Native American professors, took Native classes the university offered, and became community chair of Harvard's Native American student group.

But it wasn't until she volunteered for the Navajo Nation in New Mexico in 2011, working with Head Start programs to keep children's medical records up to date, did she realize the inequity in health resources that exist for Native populations.

"Just seeing how spare the resources are, how few people they have to support their programs, made me realize how drastic the need is and how few Native doctors there are," she said. "That made me realize what I want to do."

With her medical aspirations and cultural identity entwined, Buck completed a degree in Human Developmental and Regenerative Biology at Harvard while engaged in a research project on indigenous oral traditions of the Caddo Nation. She took a gap year after graduating from Harvard to work at the American Indian Community House in New York, and now she has her eye on a career with the U.S. Department of Health and Human Services' Indian Health Service.

But in the meantime, she is determined to recruit more Native students to Weill Cornell. Working with Elizabeth Wilson-Anstey, assistant dean for student affairs, Buck is hoping to start a chapter of the Association of Native American Medical Students on campus and establish a pipeline of aspiring Native medical students.

"Just the support and the desire to help underrepresented minorities get into medical school and achieve their goals," she said about Weill Cornell, "I was sold."

Interview with the Dean: Medicine's Next Generation

Gbambele Kone: Inspired by Mysteries, Compelled to Give Back 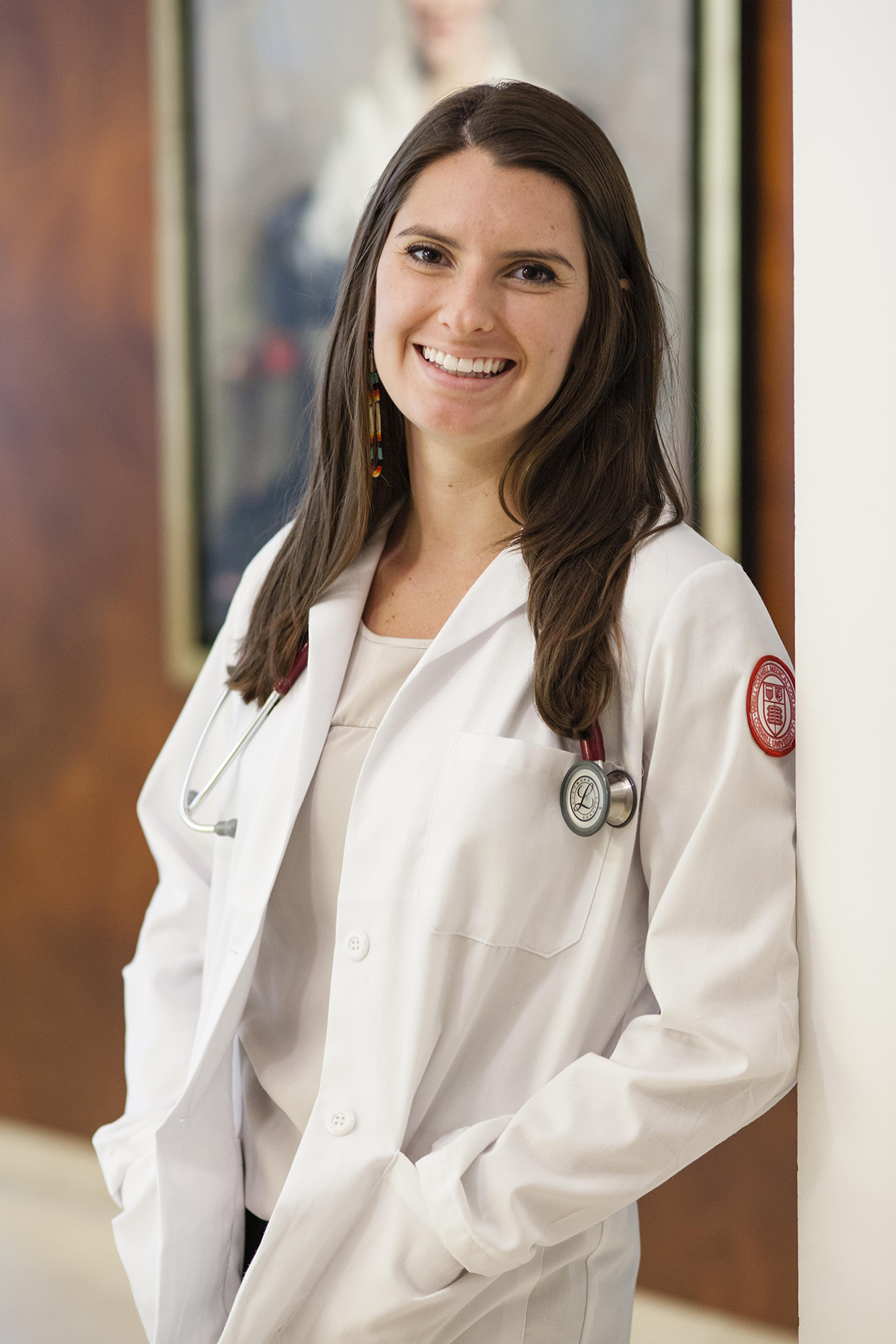 Jessica Buck spent most of her life overseas, leaving her hometown of Dallas as an infant for Norway, Scotland and Indonesia. But as a Native American, Buck has never forgotten where she comes from.