Scientists Gain Insight into the Mechanisms of Fat Burning and Storage 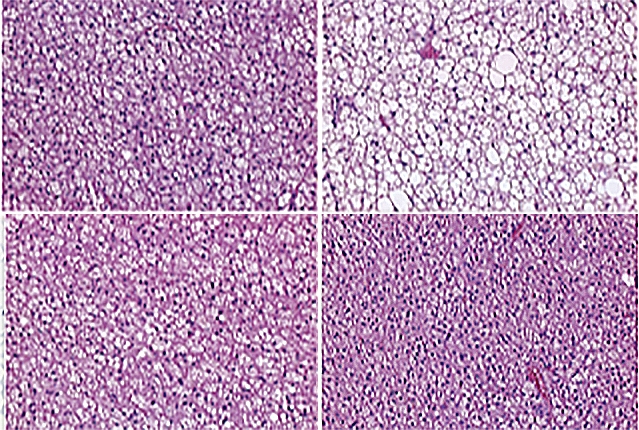 A new understanding of the interaction of two proteins and their role in fat burning and storage may one day have implications for the treatment of obesity and associated diseases such as diabetes and cancer, according to Weill Cornell Medicine investigators.

Their preclinical research, published May 17 in Nature Communications, explores how the proteins p62 and NBR1 influence thermogenesis, or fat burning to produce body heat, in brown adipose tissue (BAT), a form of fat.

“The increasing prevalence of obesity is alarming because of its association with glucose intolerance and type-2 diabetes,” said senior author Dr. Jorge Moscat, vice-chair for experimental pathology and the Homer T. Hirst III Professor of Oncology in Pathology in the Department of Pathology and Laboratory Medicine at Weill Cornell Medicine. Additionally, recent epidemiological studies have pointed to an association between obesity and increased cancer risk in several organs, such as the liver and prostate, he said.

Once scientists discover the underlying mechanisms of fat accumulation and fat burning, they can potentially develop therapies for obesity. Specifically, researchers are trying to better understand BAT. Brown fat burns energy to keep people warm, while white fat stores energy. Prior research has found a correlation between more metabolically active BAT and a lower body mass index in adults.

“BAT is believed to help reduce adiposity, and the epidemic of obesity has greatly increased the interest in this metabolically active type of fat,” said Dr. Moscat, who is also associate director of shared resources in the Sandra and Edward Meyer Cancer Center at Weill Cornell Medicine.

Previous research on BAT conducted by Dr. Moscat and his laboratory led to the link between obesity and p62, an adaptor protein that helps with communication between proteins in the cytoplasm, or fluid within the cell membrane, and the cell nucleus. Its deficiency in fat cells reduces energy expenditure in the body, resulting in obesity in mice. Loss of p62 impaired BAT function, favored white fat accumulation and increased the formation of tumors related to fat accumulation.

In the new study, Dr. Moscat and his lab found that another adapter protein, NBR1, is similar to p62, and plays an important role in BAT. “The two proteins are like a package,” he said. NBR1 and p62 share domains, or structural units, that enable them to bind to each other and other proteins in cells.

In studies of mice, the researchers found that removing NBR1 from the whole body or only from the adipocytes, or fat cells, reverses obesity caused by inactivation of p62. Removing NBR1 restores the ability of white adipocytes to become brown and to burn fat.

“Obesity is a growing epidemic in Western societies and developing nations and represents one of the greatest threats to global human health,” Dr. Moscat said. Although people can prevent obesity by controlling diet, other genetic and biological factors may be at work in the body that influence the balance of fat accumulation and burning, which can make individuals more susceptible to weight gain.

“We believe that by influencing levels of p62 and NBR1, we will be able to control the way adipocytes burn or accumulate fat, and therefore obesity,” he said. “This may have major implications in type 2 diabetes and cancer, including liver cancer.”